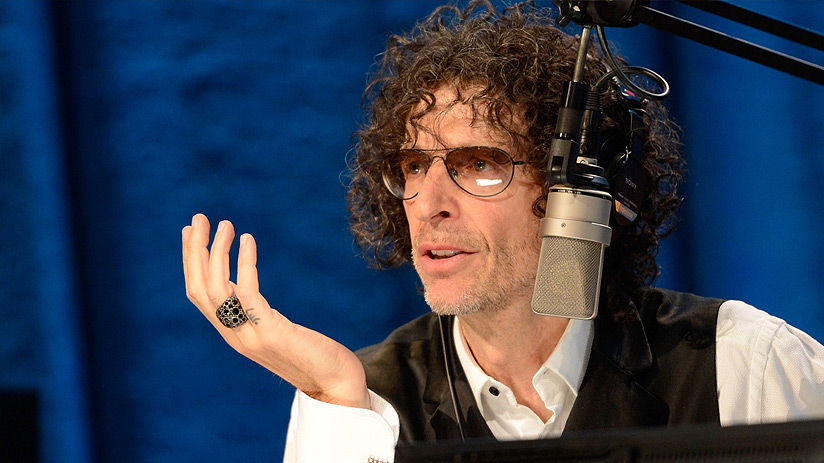 I am a massive fan of the Howard Stern Show. I have been for over 15 years. I was “a fan” before that, but I wasn’t a hardcore listener. It wasn’t until I got out of college and started commuting to work every day that I starting abandoning my local sports radio morning show for (the now defunct) WBCN 104.1 FM in Boston.

I would listen during my commute every day, and even started leaving earlier for work just so I could catch more of the show. I would get to work early, put my seat back, and sit in my car for an extra 20-30 minutes just so I could hear more of things like “The Gary Tape.” I soon upgraded to a little portable FM radio so I could listen to most of the show while I’m working.

When my commute turned from a car to a train, I would listen (half awake) on the train in the morning. Listen on my way into Boston. Then lose the show on the subway until we’d come out, above ground. Then I would have the radio in my ear for the rest of the day. Still, anytime I needed to talk to somebody at work, or if I had a meeting, those would be parts of the show that I would miss forever.

I went from a listener to a hard-core listener, and in 2004 I got my first Sirius Radio. I got it for Christmas, a full year+ before the Stern Show was moving over there. Doing that helped me find out all the other great stuff that Sirius had to offer, but in all honesty I wouldn’t have it if it wasn’t for Howard – then or now.

With Howard’s move to Sirius, the only real difference in my listening routine was that he was down to four days a week. In fact, the shows were actually longer so even with that one day off, I was still getting plenty of Howard. Listening to Sirius was different, but I made it work. I had a radio that you could listen to in the car, listen to in a boombox, and more importantly – listen to on the go.

The radio I had also had a “portable” adapter that you could listen to on the go. The thing was huge and it felt like I was holding Gordon Gekko’s phone, but it allowed me to walk my dogs and listen to Howard at the same time – and that was all that mattered.

Still, the routine was listen to Howard starting at 6am. Whatever you miss, maybe hear it on the replay, or read about it on MarksFriggin.com.

Really everything changed with web streaming and eventually with the advent of the smart phone. With web streaming, I didn’t need to make sure I had a window nearby to put my antenna outside. Now I could listen right at my computer at home or at work. I could pause! That meant I could start the stream at 9am (west coast feed), pause it when needed, and listen throughout the day.

Everything changed again with the mobile app. Now, I could do all of that on the go. I didn’t need to be at my computer. I didn’t even need to be on my home wifi. The old giant portable player that I used to carry can now be replaced with the phone I was already carrying. Now I could literally start the show at anytime I wanted to – click “go to start” and the app would go start the show for me on my time. No more 6am. No more 9am. No more missing the show. Now I had the Howard Stern Show on my time.

That also meant I didn’t need a radio anymore. My wife and I are now solely SiriusXM app users. I use it for Howard (and Busted Open Radio) and she uses it for the music. Now I can listen to every single minute of every single Howard Stern Show – but I rarely (if ever) hear it live.

There are times when I put it on while walking the dog so I can hear the first few minutes of the show – but most of the time I watch some TV show on the train and wait until I go to work with a solid WiFi signal so I can listen and skip through commercials. But now….

Before going on break, Howard announced that the show was moving up one hour, and starting at 7:00am. That starts tomorrow. And I think that’s a good thing. A great thing really.

First of all, it just doesn’t matter to me. I usually start listening around 8:30-9:00am, so starting at 7:00am instead of 6:00am does not mess up my morning routine in anyway. Second of all, I get on the train right at 7:00am – so tomorrow I think I’ll be putting the tablet away, leaning back in my seat, and listening to a full hour+ of live Stern Show for the first time in a long time. I don’t get a signal on the subway, so I’ll start listening again once in the office – but it will be nice “like the old days” feeling listening to the show live on the train.

But third – and most importantly – this is what Howard wanted. If you were able to time shift your schedule and show up to work one hour later than you have for basically most of your career, it makes a humongous difference. One hour doesn’t feel like a lot – but when that one hour gets you more sleep and more rest, it can’t be understated what that can do for a person.

A more rested Howard (probably) means a happier Howard. A happier Howard may lead to a Howard more inclined to re-sign with SiriusXM for another 5 year run. You never know, we could get another 5 years of Howard all because of that one hour in the morning.

I don’t care if it’s for 3 days a week, 2 days a week, or even one show a week. For however long it is, I’m listening. If it’s someplace else other than Sirius – I’m following. I became a Sirius subscriber a full year before Howard moved there, I don’t think I’ll be one a fraction of that time once he’s gone. His show is the priority, and if it does come to an end, I’ll be sad, but somehow I’ll find a way to move on.

But if he does come back. If he does continue the show – you never know, it might all be because of that one extra hour.