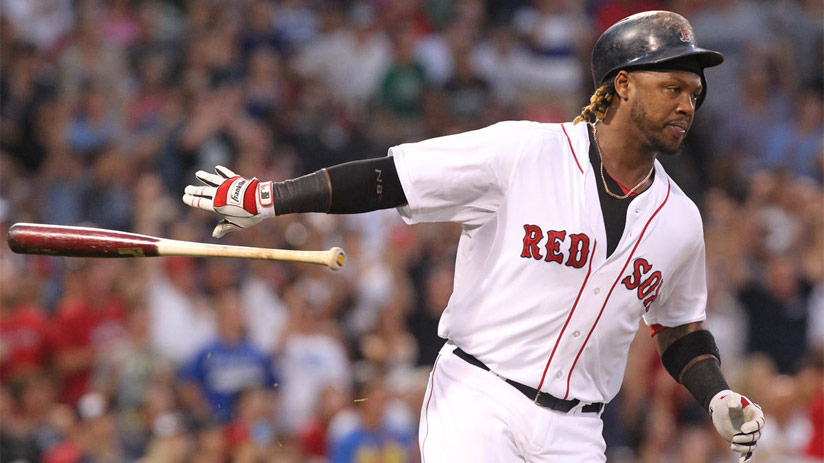 You almost had me there for a second. Almost.

I haven’t talked sports on here in a while. There’s a good reason for that – there hasn’t been anything that I want to talk about. The Sox have sucked. The Brady saga is overdone. The Celtics are…there. The Bruins – okay, there’s something at least interesting going on there, but I was too busy watching movies to write about it.

But I finally found the need to break my silence and just simply say, I’m done.

I’m done with the Red Sox this year. Okay, so I was barely ever “with” them this year. Early on was fun for a couple weeks. Then it went back to the same old garbage. They were sucking and I wasn’t watching games.

I knew I still cared though. Sure I didn’t watch games, but I checked their scores every day. I’d be surprised if they won, and just chuckle if they lost. When the Patriots lose, I get a pit in my stomach and I cut myself off from sports radio for a few days.

When the Red Sox lose, I chuckle.

I chuckle. Why is that?

I think it’s just because they’re so damn frustrating. I want them to be good. I want them to win badly. But I think sometimes they need to see just how bad they are before they can come out of it – so I almost relish in them sucking. 2011 was a major disappointment. 2012 made me almost hate this team.

But there I was listening to the radio on the train ride home when Hanley hit that opening day grand slam. I was hoping for a better days ahead – and they just didn’t come.

Still, as bad as they were playing – the rest of the AL East wasn’t playing all that great either. All of a sudden, the Sox were in a position where they could actually make some noise and really make up some ground before the All-Star Break.

Since then they’ve lost 4 in a row, and the total losing streak is at five games. They had their chance. They’re done.

I realize now that the last time I actually went to a Sox game was in 2012. Back when this boob was still the manager.

The ticket was free. I don’t even remember if they won. My wife and I went with our friends. It was fun. Going is usually always fun. But I didn’t go during the World Series year, and I haven’t been back since.

Well, that’s not entirely true. I have been to Fenway Park.

Yeah, my wife and I went to the Dog Day at Fenway Park with a couple our our friends’ kids. And yes, I did get interviewed by Channel 4 in Boston, and no I never actually made it on to television. Look, it was a cool way to get on the field, see the trophies, sit in the dugout – and with all the dogs, it got my wife interested in going too – so sue me…Hey like I said, I’ve never been on the Fenway field before.

As it turns out, I would be back on that field a couple weeks later – for my second non-Sox Fenway event. Sorry wifey, this one was a bit more fun.

So as it turns out, I can still have fun at Fenway Park even when the Red Sox are shitty.

And so can other people!

Yes, while the Red Sox were preparing for another loss to the Angels, owner John Henry was back at Fenway with me asking anybody in earshot what a foo fighter was.

And look, even right now while I’m doing all this Red Sox complaining, I still have the game on in the background. On mute. And I’m only doing it to make sure they lose – because posting this after a win just wouldn’t feel the same. Oh look, the Astros scored again.

You almost had me a couple weeks ago Red Sox. You had your chance. I’m officially calling your chances this year dead and done.