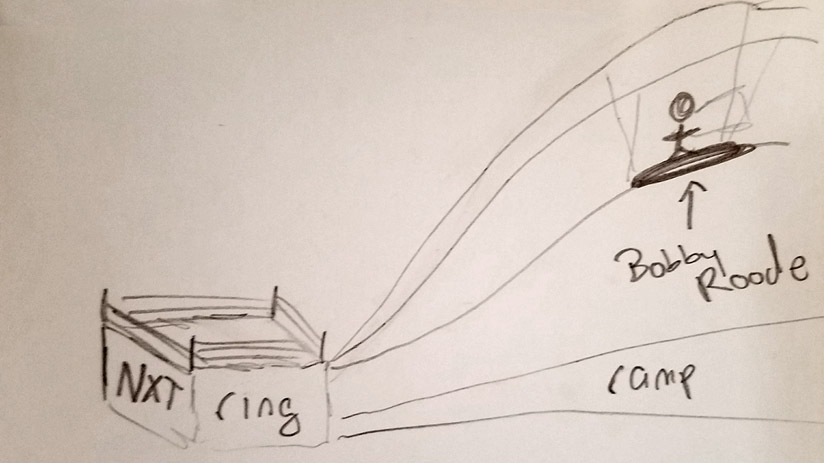 This morning I was catching up on NXT in preparation for the big NXT Takeover in Toronto on Saturday night. If I didn’t put the show on, I might have completely forgotten that this happened to me.

The other night – I had a dream about professional sports entertainer Robert “Bobby” Roode Jr.

Okay, I know what you’re thinking. I know it. But no it was not THAT kind of dream. Hell it was only about 20 seconds that I can even remember.

And to be honest, I never even saw his face. But it was him. I know it was him.

Because “Glorious” was playing.

Yes my dream was about Bobby Roode’s entrance during NXT Takeover – live this Saturday only on WWE Network (your first month is free you know).

The man was basically the Silver Surfer. 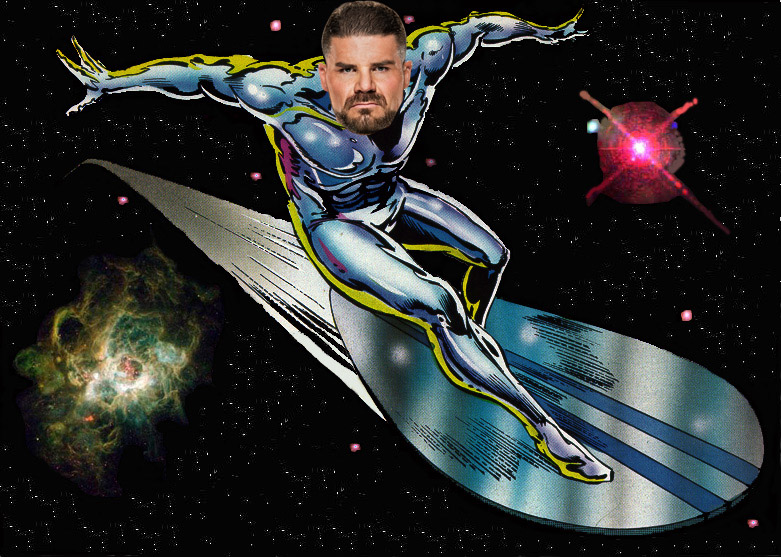 Now my drawing – on the back of an index card – does not quite represent it the way I saw it in my dream. I was basically in the stands, in the cheap seats, way up at the top, and he was facing away from my, flying (surfing) down to the ring, he robe flapping in the wind. I never saw his face. It was over before it began.

But it was Bobby Roode. In my dream.

And it was Glorious.