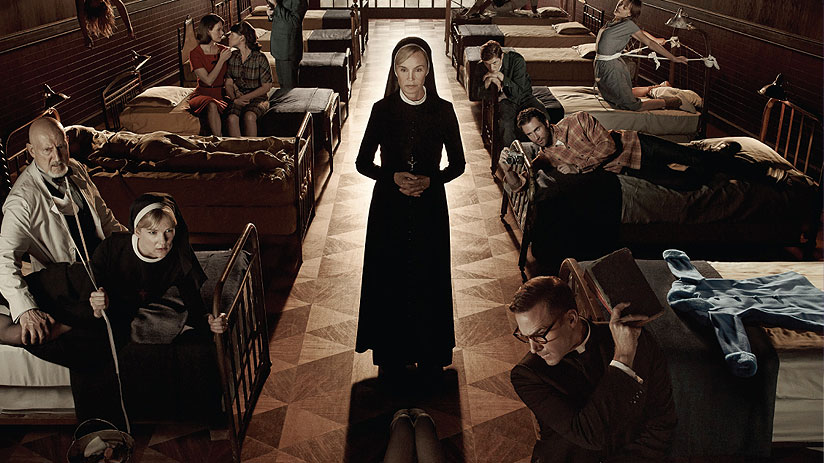 Last night started an entirely new story by the same minds that bring us Glee (that alone is scary). If you didn’t watch last year – don’t worry about it – even though there are some familiar faces fro the first season they’re all new characters with no ties to the first story.

While the first season dealt with a haunted house, ghosts – and devil babies – this season deals with a creepy old insane asylum. But, since you already watch it – you already know that. So, instead of just rehashing everything that went on in the episode I’m just going to hit on a few things that stood out to me.

As far as the mysterious/otherworldly goes, that’s all that comes to mind. But if you just want to go with the creep factor – the episode was chock full of it from top to bottom with fantastic performances across the board.

My question to you is. What did you think? Where do you think it’s going? Will it live up to last year’s hit first season? The story seems “bigger” than last year and I think it’s going to a wild ride every Wednesday night at 10pm….I know I’ll be there.

The Beginning of the End – Begins Tonight!
I Think I Owe Hulu Plus an Apology
To Top