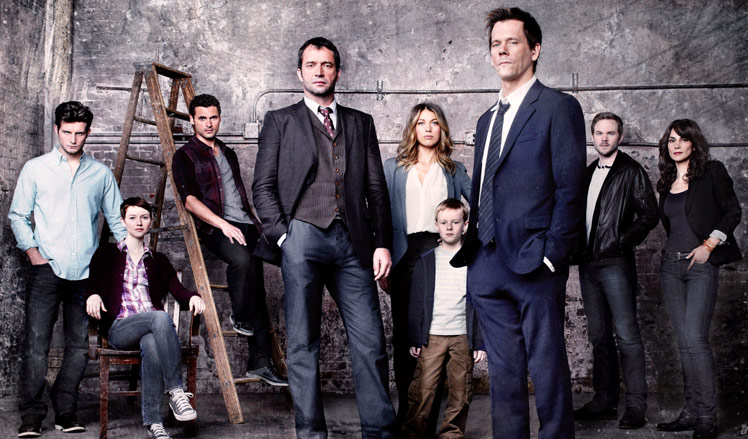 When I first saw the commercials for this show I wasn’t really that interested. When I heard Kevin Bacon on Howard talk about the show, it grabbed my interest a little bit more – at least enough to watch the first episode.

Then I watched the first episode – and I was hooked.

Since I am a non-DVR house, I immediately set my Hulu account to add new episodes to the queue and every “day after” the Monday that the show airs live (on Fox) I am watching, sometimes with my hand over my face – and I find myself asking probably the best question you have for a show.

What are they going to do next?

I find myself asking that, caring about what the answer is – and not really being sure that I can predict it – that is the mark of possible greatness.

Six episodes in and really I haven’t been disappointed once. Kevin Bacon is awesome, I really have to thank the sorcerer that put the spell on him to slow down his aging because man he’s been around forever.

I am not going to into great detail about what the show is about – basically a serial killer behind bars has a cult of killers acting on behalf of him – and you just don’t know how big this cult is – anyone could be in it. That’s all you need to know – let the show tell you the rest.

And I hope that you do. If you’re watching, you already know. If you’re not – I suggest you go back and give it a try.

See – I told you it was really good.