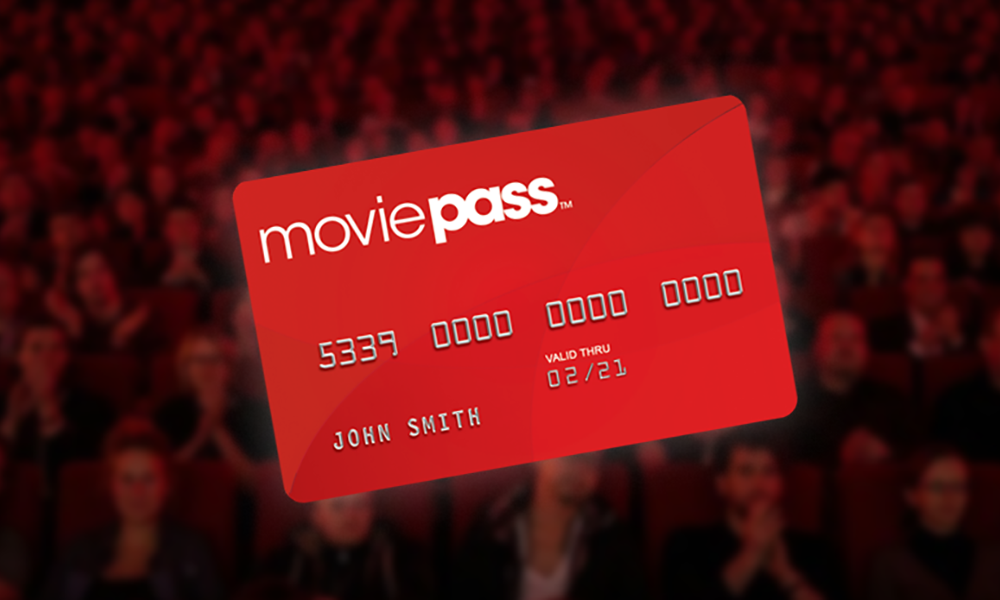 Yesterday, it was announced that MoviePass, the service that would allow you to see a movie a day for $10 a month, was filing for bankruptcy and shutting down permanently. The company and the service is officially dead.

To be fair I thought it was already officially dead.

When I heard the news, the first thing I thought – Movie Month will never be the same! For those who don’t know, back in 2014 I started a project where every June I watch 30 movies (that I’ve never seen before) in 30 days and write a post (and photoshop me into a photo) about each movie. The whole idea of this was, watch a lot of television shows, but I never took the time to sit down and watch a lot of movies. There were so many recent movies I hadn’t seen, and quite a few older movies that I had always thought about seeing.

Since 2014, I have yet to miss a day. Starting in 2016, my blog posts turned into a podcast, and since that day my motto has always been the same:

So this is how it worked. I signed up for MoviePass in May 2018 so that I’d be ready for June. I got a Visa debit card in the mail. This card was worthless unless used with their service. You download the app, sign in to the system, and then using your phone GPS, you would check in to a movie. Once you checked into a movie, money was credited to your debit card to be used at the movie theater. So then I would go up to a self-service kiosk and purchase my ticket.

The movie theater was still being paid the full about for the ticket – from MoviePass – while I was only paying the $9.99 a month. I believe the thought was, MoviePass will collect so much user data – times, movies, locations – that would be very valuable to advertisers. They would make their money by selling that data.

As long as you didn’t care about being tracked, it made all the sense in the world to get this service if you are a movie lover.

I think the company overvalued what their data was worth though. Over time the app wouldn’t work, then they would limit users to only specific movies, and then only so many movies per week (or month?)

I kept reading that they were hemorrhaging money – probably because too many people were signing up! At one point it was a $50 a month service. And even that isn’t crazy for someone who goes to at least one movie every week.

Some brilliant mind thought dropping the price to that of many online services would be a game changer. And in a way it was, but MoviePass ended up playing themselves out of the game.

While they were trying to be a disrupter in the movie theater game, they were also trying to make their own movies! There service was having issues, their company was losing money rapidly, and they thought it was a good idea to make some really bad movies.

But wait! I was here to praise MoviePass! I came here to thank them! With all the issues that I saw the company have in the couple years they were on my radar, never once did I have an issue with them.

I had seen movies in the theater previous years, but never at this rate! Maybe 1 or 2 at most. This time I’d seen 5 – and spent less money! Of course then I immediately canceled my service. I had no use for them anymore, and I wasn’t going to spend another $9.99 a month on a service I was not going to use as much. But it was there when I needed it and it was perfect.

Then 2019 came around, and after MoviePass had changed its service a few times, they were once again offering an unlimited (one movie a day) plan. Only this time it was $14.99. Hey, it’s Movie Month, I’m in!

The annoying thing is, my old card was canceled so I had to wait until my new card arrived. But other than that – it was another perfect month where I once again saw 5 movies in the theater:

Once again I canceled my service. Or at least I think I did. This was around the time the app stopped working for me. I never did get charged again, so I am guessing my service was canceled.

And yes, I was planning on doing it all over again in 2020 – but alas that ship has sailed.

MoviePass wanted to be a disrupter in the world of movies, and in a way they were. AMC Theaters offers a subscription service where you can see up to 3 movies a week. It costs $19.95. Okay, that might still be worth it! Oh wait – you have to sign up for a 3-month minimum? Pass.

There’s a new Cinemark theater in the area. Ooh they have a “Movie Club” that only costs $9.99 a month. And you get – one movie ticket. Wow.

Yeah it looks like I am going to have to save some Christmas gift cards, spend a little cash, and pretty much stick to streaming and rentals.

But for those two Junes, MoviePass was everything I could’ve asked for. And for that I say thank you. Thank you MoviePass.