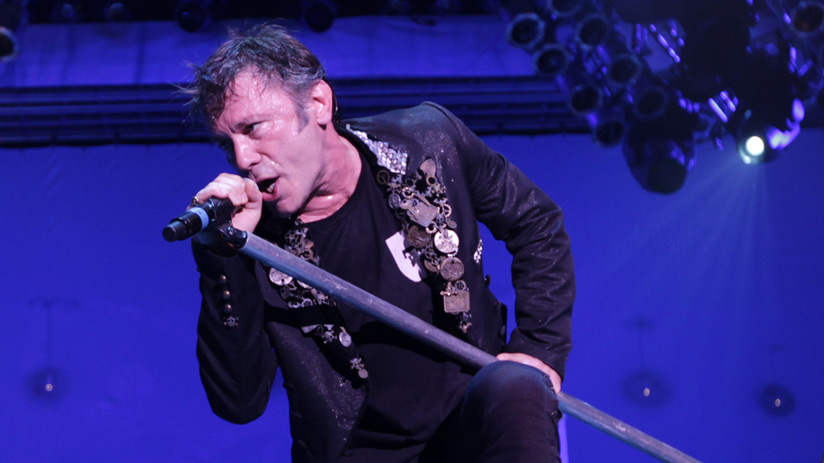 Bruce Dickinson is the lead singer of my favorite band, Iron Maiden. He joined the band in 1981 and left it 1993. He rejoined it in 1999, and has been with them ever since. Iron Maiden was the first concert I’ve ever been too (back in 1991) and since then I have seen them a total of eight times. And if the come around again, I will see them again. To me, it comes to him and Freddy Mercury as the two best front men in rock history.

And he’s better than your favorite lead singer. Why?

Now I understand that there are a lot of singers out there who can sing, but in the world of heavy metal, you’ll find there are a lot more who scream, growl, snarl, or just plane shriek. There are a bunch of bands that have powerful lead singers with strong voices – but to me, most of them are just doing their best impression of Mr. Bruce Dickinson.

And okay, you may be thinking – it’s heavy metal music, so my definition of “singing” might be slightly jaded. But when I tell you the man can sing – he can sing – anything.

Still need proof? Listen to the power of his voice – without using a microphone – at the 900-year-old Canterbury Cathedral back in 2011.

Plain and simple. The man can flat out sing – and more than likely he’s better at it than your lead singer.