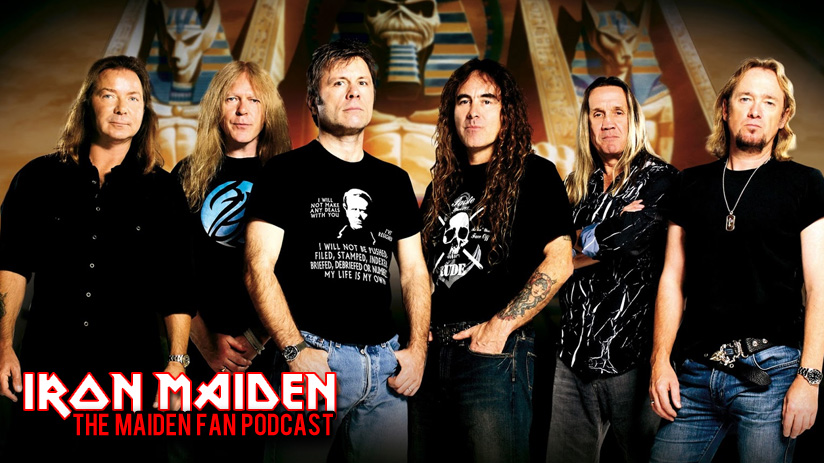 I just received word from the ASS (American Space Society) that my family has been chosen for Ark Six-Sixty-Six. My wife, my dog, and myself have been selected to survive. On this Ark, there are no cell phones, there are no MP3 players, No iPods – not even Zunes.

Because these ships were developed secretly in the 1990s, there are only CD players available for each family – and each person is only allowed to bring one compact disc each.

I am forced to make the toughest decision of my life. I can bring a CD with me to the giant spaceship that chose me to survive the the soon to be exploding Earth – but on that CD I am only allowed 16 songs.

Well obviously all 16 Songs will be Iron Maiden songs – but which 16? From which albums?

I think it’s only fair, and an amazing coincidence, that Iron Maiden (at the time of Earth’s final days) has sixteen albums – and I have 16 tracks to choose for my space CD.

So it comes down to this. One song. One song from each album. I must choose one song from each Iron Maiden album as the only song that I can listen to for the rest of my life. In space. In a spaceship. Have I over complicated this simple premise enough?

All songs and song rights are owned by Iron Maiden and Sanctuary Records. Fans Not Experts owns no rights or claims to any of the music used in this episode. All songs used for review/podcast purposes only – and because Mike loves them so much.