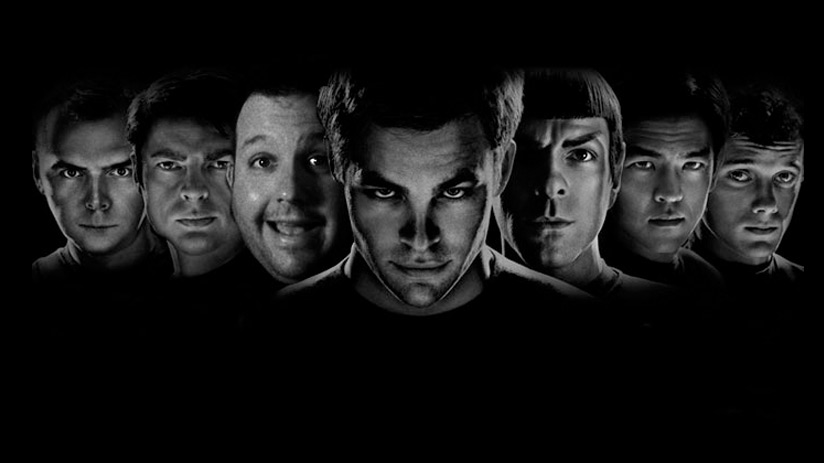 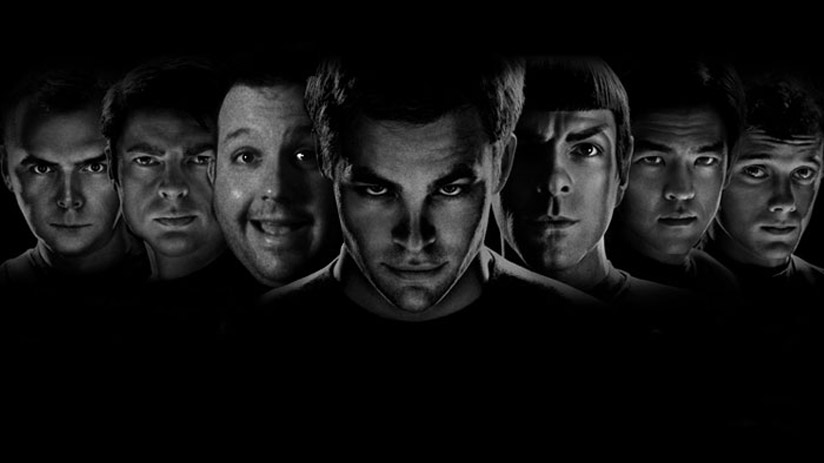 Hi, my name is Mike and I want to be a giant Star Trek nerd. I am fascinated by the numerous series and the universe that has been created and is still being added and adapted all these decades later. Years ago, I decided to watch every episode of every series – and every movie – of Star Trek. In order. Well, I’ve been pretty slacking in that goal, and if I waited to see the Star Trek reboot series until I was totally caught up – well, I’d be much older….

I saw the first Trek reboot in the theater, but did not see its 2013 follow-up. So for day three in my FNE Movie Month, I have finally seen Star Trek Into Darkness.

I’m not going to lie, I am not sure if the image I chose is promoting this movie or the 2009 predecessor, but I couldn’t pass up on using it so my apologies if I got it wrong – or if I didn’t even realize I got it right…

This movie was a lot of fun.

Out of the three so far, this is probably my favorite. Again, I am partial to the Star Trek world and I’ve been meaning to see this for some time, but still I really liked it.

Of course the big surprise was – is the Benedict Cumberbatch character Khan? If you’ve seen this you know the answer by now. Hell, I think I figured it out, or heard about it at some point last year. I don’t think knowing really spoiled anything since this was a re-imagining of the original character as far as I can tell.

That dude can act. Yes, I already knew that from his amazing work on Sherlock, but still. Just gotta say. Great actor.

I really just had a smile on my face for all of this movie. From all the homages I could pick out, to the dozens more I missed and will have to read about later on IMDB, to the awesome moment between Kirk and Spock that directly references another moment between Spock and Kirk (yes I swapped the names on purpose).

I really had a good time and am so happy I am forcing myself to put some TV shows aside for a while (though I did catch up on Game of Thrones, can’t let that wait) and focus on all these great movies I’ve been admiring from afar.