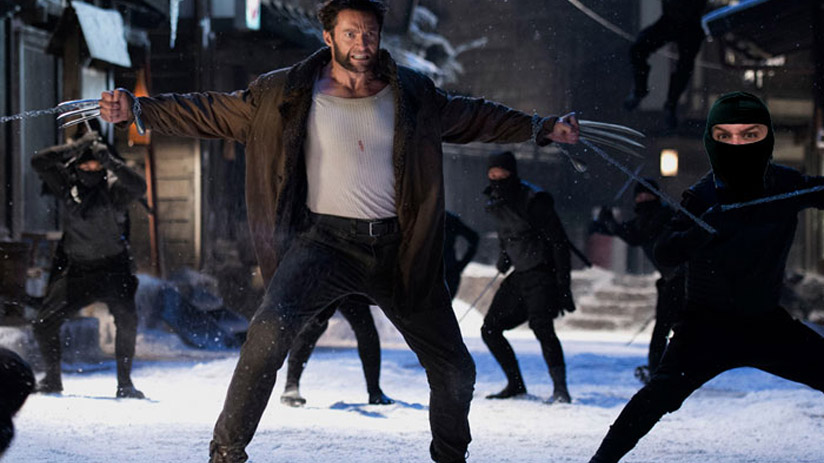 There’s less than a half hour left in day 22 and I just finished the movie of the day, 2013’s The Wolverine. This marks the fourth time this month I’ve watched Hugh Jackman play the Wolverine character, and the second “standalone” Wolverine movie.

The last one I didn’t like so much. This one…Well this one was a much better standalone for Logan. It wasn’t “great” – there were things in the story that confused me a bit, which character was which and which side these characters were on. There was a little bit of a eye roll with the final fight scene, but at the same time I kinda got into it…but more of an eye roll.

But still it was a better movie than “Origins” – though it’s not like it’s coming up against a hard opponent in comparison.

Jackman was as good as ever, and I enjoyed being in Japan. Where in “Origins” it felt like a lot of back lot set pieces, this movie did have some real live action sequences that appeared to be right on the streets of Japan. That made for a better experience.

I like that “Wolverine in Japan” is a known story arc for the character in the comics. I am not very familiar with it, but I think drawing from these great stories – these stories that are the foundation of what all these characters are to begin with – is a smart move.

I remember years ago hearing that Darren Aronofsky was going to direct this movie…Remember him being attached to Robocop too? Imagine if either or both had actually happened?

Aranofsky was indeed hired to direct this, but later dropped out for fear of being away from his family too long. That was the public answer, but you always wonder…

James Mangold stepped in as the replacement and I find it interesting that he’s best known for writing and directing the Johnny Cash “Walk the Line” biopic. Not the type of guy you’d think of to do an action/comic book movie.

And maybe that was a good thing. He made a competent movie, with good action pieces and the special effects were fine. It was nice that Wolverine’s claws didn’t look like cartoons this time.

Wait, what was I talking about? Oh the movie!

Overall, I thought it was pretty good. Had some cool moments – and was a much better standalone Wolverine movie.

And the post-credit scene was a great segue to the future….which I guess is the present right now…or is it – the past?

See what I did there?