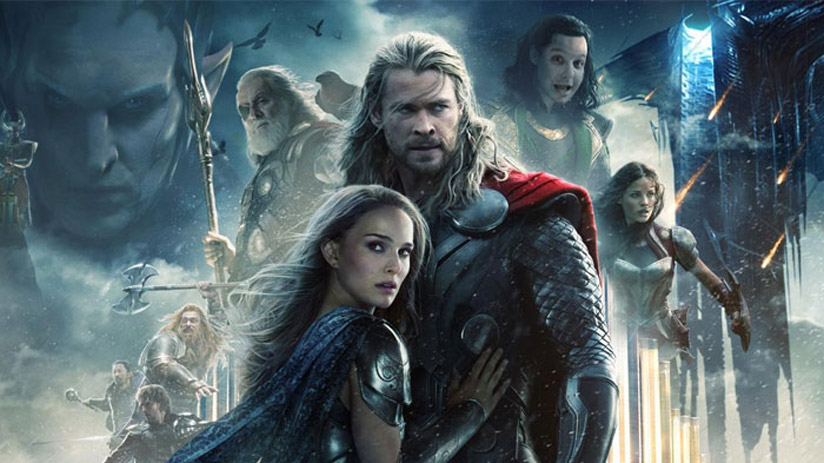 I’ve finally seen all of the Marvel Universe films…that are not currently in the theater. I am still one “Chris Evans as Steve Rogers” movie away from being completely caught up – but at least now if the small chance opens for me to go see Cap 2 in the theater, I can do it without any geek anxiety for seeing these movies out of order.

And no big surprise – I enjoyed it.

I like comic books, I like high fantasy, put those worlds together into a movie and there’s a good chance I’m going to enjoy myself. And I really did. I am wondering if the more casual fan of these movies felt the same way, but I don’t mind the high concept, grand storytelling that takes place in the Thor world.

Sure, the entire way that Natalie Portman ended up seeing Thor again seemed a little contrived or coincidental, but if you just accept that she is a scientist and the anomaly they were investigating sucked her right into the area where that Aether was. Then she got close enough for it to attach itself to her, then fling her back to Earth – while at the same time Stringer Bell notices that he can’t see her (because she was sucked out of Earth before going back) so he shoots Thor to Earth to check on her….

If you just accept that is what happened – then everything else just falls into place!

I do love Idris Elba in anything he does. Hemsworth is perfect as Thor (Marvel did a great job casting all of the Avengers) and it was nice to see him along side Tom Hiddleston’s Loki for one final time….

Natalie Portman…She’s a delight. Just wanted to add that in.

I was a huge fan of the TV show Chuck, so it was very cool to see “Chuck” himself, Zachary Levi take over the role of Fandral this time around.

And speaking of Captain America – that was a funny moment when we see “him” talk to Thor.

Really what more can I say? The movie was good, not great, had some fun moments, so cool action – and I want one of those Asgardian air boats that Loki was steering around.

Plus, I think I’ve seen one other movie on Blu-Ray, and even on my 17” laptop (the only Blu-Ray player I have) I was quite impressed with the picture.

Now I just need to remember to bring it back to Redbox tomorrow.