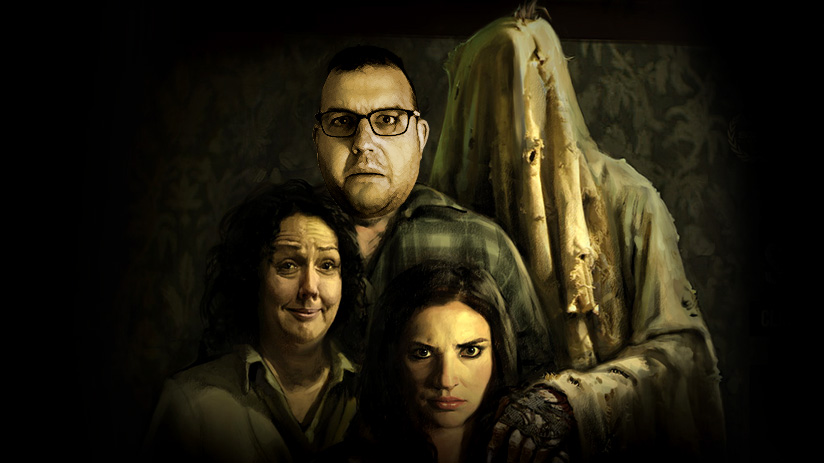 Apparently I prefer my horror movies to come from Australia. First, there was The Babadook. And now there’s today’s feature. Okay, technically, this movie was made in New Zealand, but as a New Englander who has only left the time zone by one hour, one time in his life, I’m not sure of the difference (though I did look it up and see it’s an island nation off of Australia – but they sound the same, so give a guy a break.)

Housebound is the story of a young woman who gets busted trying to rob an ATM. As a punishment, she is sentenced to house arrest for eight months and has to go back and live with her mother and stepfather. In the house she lived in as a child.

I am not a good enough blogger to go into much detail without mentioning things that I think are better off not being known before you watch the movie. Once again I didn’t even watch the trailer before watching this today. I knew the basic premise from the Netflix description.

I will tell you this – I really enjoyed the movie. Thanks again to my brother (@spc73) for the recommendation. Last week I watched a horror movie that was freaky and creepy. This time around I watched a horror movie that had some definitely spooky moments, and I did jump out at least once. But this movie definitely was more light-hearted. It sounds weird when you see what the entire plot is, but there were times when I was smiling and time when I was laughing. And there were definite “no don’t do that!” or “get out of there!” moments of suspense.

I thoroughly enjoyed myself.

One thing that is definite about this movie is that things aren’t always as they seem, and if you go into this not knowing anything about the movie, I think you’ll really be surprised. It definitely takes turns that I wasn’t expecting, which makes this quirky movie all the more enjoyable. If you have the time, have Netflix, and enjoy fun horror – I say go check it out.