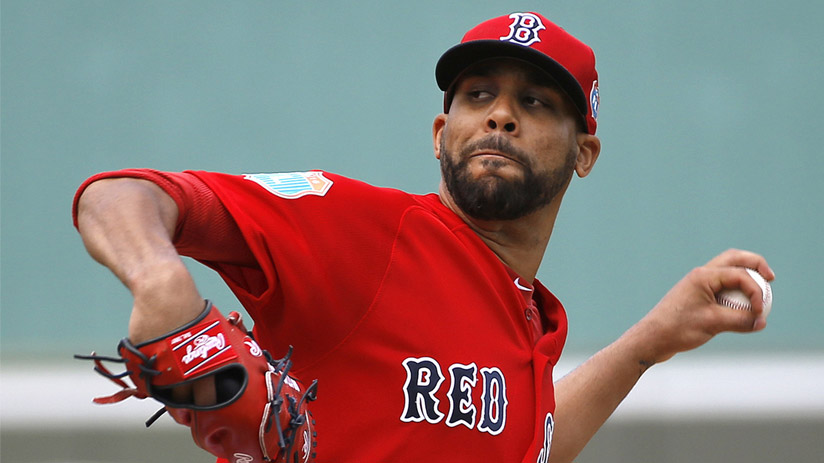 It’s 12:30pm. I am sitting at my computer enjoying my lunch break and looking out the window to see snow everywhere.

Baseball is in the air!

And then it was followed up with back-to-back last place finishes. But each year as it started I thought – maybe they’ll be good again.

And here I am saying it again.

Look, they got rid of Ben and Larry and brought in Dave Dombrowski. I am hoping that signals a new way of doing things. They signed the biggest free agent pitcher available in David Price and sat down the fat Panda to play Travis Shaw at first.

I wonder if John Farrell would have had the support behind him to make such a decision if the old guard still was running the ship. Hey, I like Farrell, and he was the perfect man for the job in 2013. Since then he hasn’t done so good and I wasn’t so sure he’d be back this year. If things don’t start off so great, I wonder how long his leash is. If things don’t end great, I think he’s done here.

This season is it for him. Succeed or he’s done.

But that’s not today. Today is Opening Day. Well, Sunday was Opening Day for a few. Yesterday was Opening Day for most, and the Sox were supposed to be on that list. But the game was postponed to today, so here we are. A 0-0 record. A clean slate. I’m ready to watch and root this team on. I just hope they don’t push me away like they did the last two season. They have just as good a chance as anyone else in their division.

And it all starts today with David Price on the mound.

Oh Yeah, The Super Bowl Is Here
….And Tom Brady Returned.
To Top