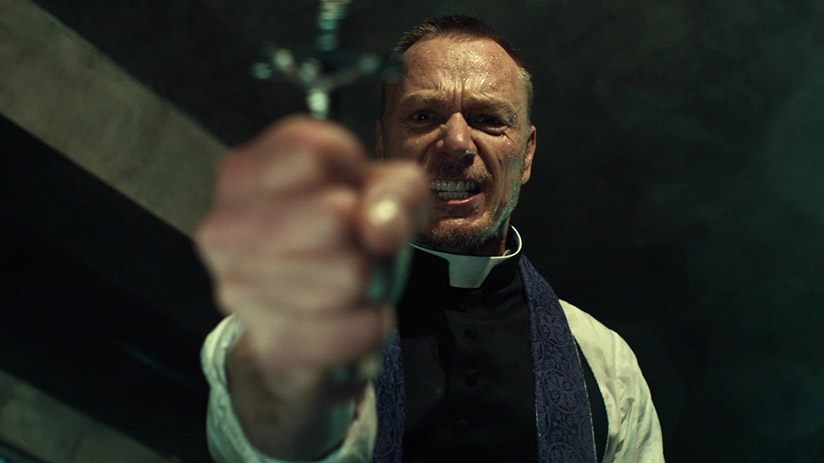 The 2016 Fall Television season is well underway, and every year all the networks deliver upon us a slew of new shows. I make it a point to watch all of the new shows that stand out to me, that seem like they’ll be interesting to me. Usually, there is one show that stands out – one show that above all others that I become enamoured with.

This year that show is The Exorcist.

There have been four episodes that have aired so far, and I think each week they’ve gone above and beyond creating a story that I can’t look away from and often times watch with my hands in front of my face.

The final moments of the first/pilot episode is when I knew they hooked me, and I haven’t looked back.

I’ve been all over my brother to start watching – even told him yesterday he needs to watch the four new episodes as soon as possible to get ready for tonight’s all new episode!

For those of you who are unaware, The Exorcist revolves around a family – starring Oscar winner Geena Davis as the mother of the family and Alan Ruck as the father. Geena Davis’ character is convinced that her daughter might be possessed and enlists the help of a young priest who is the head of a local parish. This priest involves an older priest who has some experience in the subject.

It may SOUND familiar, but this is not a retelling of the original movie. This is a brand new story that, for viewers paying attention, does live in the same universe as the 1973 classic.

Although the story of this family is the main narrative of the show, there is also a larger story going on revolving a cult, the church, and the eventual arrival of the Pope visiting Chicago, where this all takes place.

Okay, enough me telling you what the show is about – GO AND WATCH IT AND FIND OUT FOR YOURSELF!

I think it’s a perfect mix of drama and scare, even better than I hoped it would be, and for me it’s the break out show of the Fall 2016 season.

It scares me and I love it.

Seriously, if something happens and this show doesn’t at least make it through an entire first season – I’m blaming you.

Red Sox Postseason: Blink and It’s Over
I Swear to God I Had A Dream About Bobby Roode The Other Night
To Top