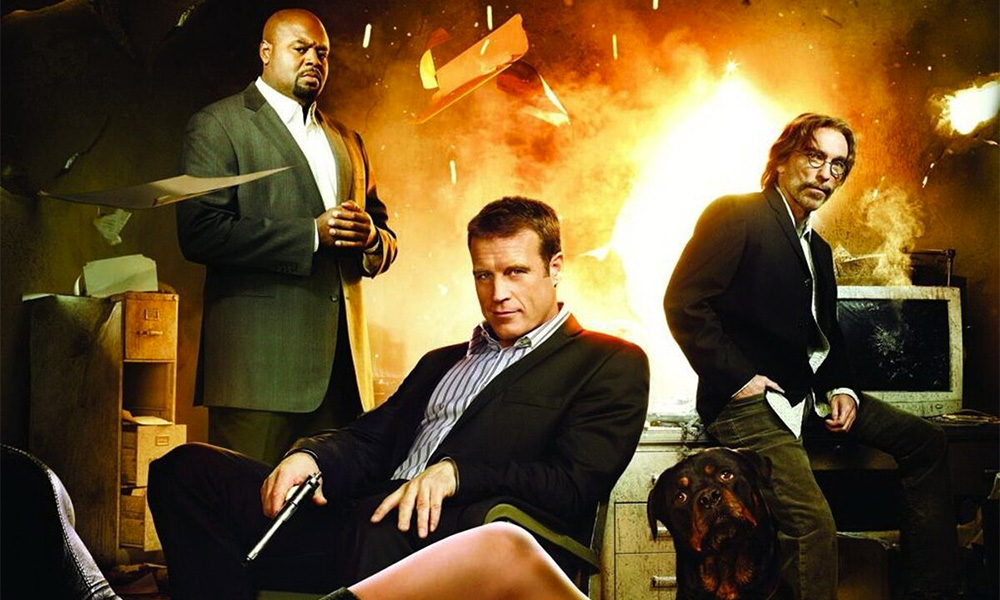 Have you ever had a television show that you know you like, but you put off catching up to it and you wait and wait – only to finally start watching it and realize that the show is a hell of a lot of fun and you can’t believe you waited to catch up with it!? Well for me, this season that show is Fox’s Human Target.

Human Target is based on a comic book of the same title that debuted in 1972, and was already turned into a television show starring Rick Springfield in 1992. I have to admit that I don’t remember that show and in fact never heard of this comic until reading about this newest incarnation that debuted earlier this year.

The basic premise of the 2010 show is pretty much the same as the older show and the comic – Christopher Chance is a bodyguard for hire. The only major difference that I am aware of is that in the other versions, Chance actually disguises himself as the person he is protecting, and makes himself the “human target” – get it.

In this version, he’s more just a regular bodyguard, but with an ability to blend into almost any situation. There also seems to be a difference in his origin (how he got to where he is) but I don’t want to give too much away in case you haven’t watched the show – yet.

The larger storyline of the show is interesting, but the real heart of the show comes from the three main characters, Chance, Winston, and Guerrero.

Christopher Chance is played by Mark Valley, and he is absolutely perfect for this role. I recognized Valley from Boston Legal and Keen Eddie, but didn’t watch either of those shows so I hadn’t really seen him in anything until his time during the first season of Fringe – and he wasn’t really likable in that show.

But on Human Target, with this wise-ass comments and innocent grins he’s nothing short of charming. You truly root for the character to get the job done, while having complete confidence in him – even when he acts as if, “Um…sure, this should work – let’s find out.” It’s a perfect mix of cockiness and humor that, dare I say, reminds me of Harrison Ford?

One man who wishes that chance would be less cocky and more focused is his partner Winston – played by Chi McBride. Again, I’ve been aware of McBride for sometime due to his work on Boston Public (while Valley was a lawyer in Boston, McBride was a principal.) I thought of him as a serious actor because of this show, and didn’t realize how funny he was until I saw him in Let’s Go To Prison and The Brothers Solomon. And I really became a fan of him because of his work on Pushing Daisies.

His character on Human Target, Winston, is a former police officer who now works as Christopher Chance’s partner. He’s the level headed half of the partnership, and is always yelling at Chance for the trouble he gets himself into. His character is quite funny – not because he’s trying to be – but more because of the frustrations that both Christopher Chance and the third member of their group cause him.

That third member is the mysterious, hilarious, dangerous, scary, and demented man known only as Guerrero – played by Academy Award nominee, Jackie Earle Haley. You may know him as Rorschach in The Watchmen (not to be confused with Horshach from The Sweathogs). You may know him as Freddy Krueger in the recent remake of A Nightmare on Elm St. and almost anybody worth a damn will know him as Kelly Leak in The Bad News Bears (and two of it’s sequels).

This actor started off as a kid, then had a bit of a rough time breaking through as a star until his Oscar nominated role in Little Children in 2006 started to get him recognized and his fantastic job in The Watchmen really rose his stock back to working in mainstream movies and television.

In most of those movies I mentioned above (except for the ones about baseball) Haley’s characters are dark and scary as hell. Yet, on Human Target, although the character he plays evokes almost the same fear in people – he plays it in such a nonchalant, fun way that you can’t help but smile. Whether he’s using the word “Dude” to say hello or to question one of his partners, or whether somebody asks him “How did you….?” and his response is simply, “Dude – it’s me,” as if that was enough of a reason.

And it actually works so that it is enough of a reason. Guerrero is the type of guy that knows people, and can get things done – whether it’s with a computer or a gun. And he’s also the guy that wouldn’t hesitate shoot a man in the back – or kill him with his bare hands. I know, sounds like a great guy right? And you know he isn’t but you just don’t care because he’s that damn fun.

And that is what this show as a whole is to me. Fun. For the most part it is set up as a formulaic type show with different people being saved each week by Chance and his partners, but the richness of the characters and the enjoyment they bring to the screen makes it worth it. And there is a larger story overall that does lead to a season finale cliffhanger.

And I am so glad that it was only a season finale and not a series finale. Too often to shows that I love come and go so quickly. I commend Fox for giving Human Target a second season.

Because that’s when I know most of my favorite shows are coming back, and fall 2010 – I am happy to say that Human Target is now on that list.

Geek on Vacation
Inception
To Top