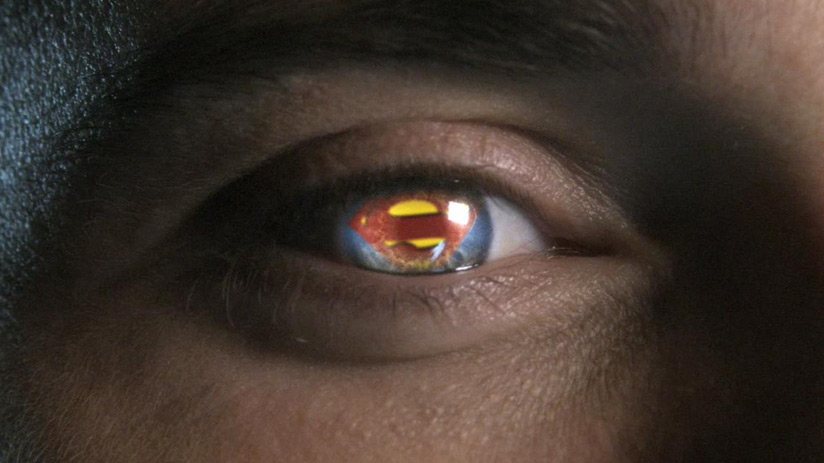 For nine seasons, Smallville has given us the adventures of Clark Kent as he makes his journey from alien visitor, to superpowered farm boy, to heroic reporter.

Now, as we look ahead to the tenth and final season, I am hoping that we see him make that final step. The one we all know is coming. The one that is his destiny.

Will we finally see Superman?

I started watching Smallville in 2006. I watched the first 5 seasons on DVD before finally catching up with all of the longtime fans for season 6.

Now, I can actually say that I’ve been watching the show live as long as I watched it on DVD. In that time I found a great companion to the show in a Podcast called “Starkville’s House of El.” It’s a show started by a bunch of friends in Mississippi who love Superman and Smallville. I started listening to them right around the time Season 6 started and I’ve been with them ever since.

A while ago, one of the hosts of the show, Derek Russell (Hi Steve), made a great point about the show. At some point along the way, the show stopped being “Smallville” as we know it and started really being a “Superman” show. We hardly see the characters and locations of Clark Kent’s youth, and instead we find him working at the Daily Planet and spending more time in Metropolis. He finally seems to be past his relationship with his childhood love, Lana Lang, and has really embraced his feelings for Lois Lane. And, he’s really becoming more of a public Superhero, instead of the unseen savior of seasons past.

So with this maturation of both the character and the show, will we see Kal-El wearing the iconic red and blue? We got a glimpse of it in the season 9 finale – and we know that within 3 years of today he is the Superman we know and love (if you take Clark’s dream as a vision instead of just a dream). He’s been going through the training with Jor-El at the fortress, although it seems to happen off-screen (and I for one am happy that his birds & bees training was off-screen).

And, as far as his powers are concerned, there really is only one left for him to achieve – for him to discover for himself.

Of course, 10 years ago we were all promised one thing about Smallville. This one thing basically puts the kill on both the things I am hoping for.

No flights. No tights.

But you know what – those guys aren’t with the show anymore, and there is only so much more training Clark can go through before he can master his power of flight.

The last moment we saw Clark in season 9 was this: Well, we all know he’s not going to die, so really only a couple things can happen.

The last time we saw Lois was fantastic. She finally seemed to have figure out that the Blur and Clark are one in the same. Will it last? I certainly hope so. I have no problem with her finding out. She certainly seemed to know in Clark’s dream/vision.

Oliver – well, the last time we saw him he was getting attacked by – something, but he said they weren’t Kryptonians before his transmission to Chloe went out.

And what about Chloe? We know that Alison Mack isn’t going to be a regular next season, and besides the sentimental feelings I have over another original cast member leaving,  I am perfectly fine with it. She’ll still be a part of the story in some way, but it will leave Clark more time to mature – and give us less time for Chloe to have those power trips she seems to go on when she doesn’t seem to trust Clark. Sorry, I love her – but she also frustrates me more than any other character on the show.

Tess. Is she dead? She seemed to flatline, but then we saw that creepy old lady go into her hospital room. Did she finish Tess off? Did she heal Tess? Is she the big bad villian next season? And were those things that attacked Oliver have anything to do with her?

Lastly, I want to go over that dream/vision of Clark’s one more time. In the next three years in the Smallville universe, Lex Luthor is found to be alive AND had engrained himself so much back into the public eye that he is running for President.

In that time Perry White will become the editor of the Daily Planet, while Lois continues to be a top notch reporter. She walks over to Clarks chair right when he speeds off, leaving his glasses and a spinning chair

Then we hear that the news plane is out of control….

While most people are running away from the windows, she runs towards them, I think because she knows that Clark will save the day. She then calls out for “Olsen” to get up there with her. Remember, we know that – the one that died – was named Henry James Olsen. At his funeral Chloe gave his camera to his younger brother, wearing a bow tie.

I think it’s safe to assume that is the real Jimmy Olsen the world will come to know. If that is the case, he’d be a young teenager by 2013 (right?) which I think would put him in the perfect age range to play the young-upstart photographer (am I wrong on this?)

Lastly, we hear a guy say “Look, up in the sky,” while Lois has a big smile on her face. Maybe I’m over analyzing it, but nobody said “Superman” (not that they would on Smallville) so MAYBE this could be his first appearance to the world? But with Lois’ smile, at least she knows about him – which again leads me to think that she knows it’s Clark.

Maybe she was just smiling because Superman was there to save the day!

Check it out for yourself.

Either way, it was a great dream sequence…Um, vision of the future I mean.

He’s got almost all his powers and now he even has the suit! So at least once this final year I want to see him strap on those tights, and fly.

LOST: The End – Finale Initial Reaction
Chuck: Looking Ahead to Season 4
To Top