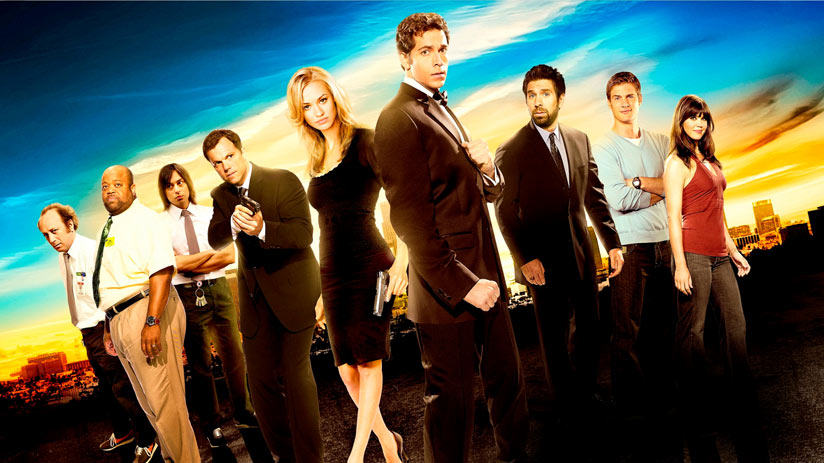 I remember over the summer of 2007 listening to a GeekShow Entertainment podcast as they previewed the new shows of the 2007 Fall television series. I specifically remember being grocery shopping (no lie) when they talked about a show where a nerdy guy gets a super computer inputted into his mind and gets thrown into a world of action and adventure.

2007 was also a year my wife and I were still living with friends after moving back from Florida the previous Fall. I remember telling my friend about this show and that we should give it a try.

We did, and we both fell in love with the show. While living with them for almost another year, we watched every episode together. After moving out, I still would go over every Monday (and now Friday) night to watch Chuck together. It was our show.

And tonight, I’m going back over to say goodbye. Goodbye, Chuck.

After five seasons, 91 episodes, surviving a writer’s strike, threat’s of cancellation, shortened seasons, and just holding on a network that’s been going through a ratings struggle, tonight we get the bittersweet moment of closure as the final two episodes of Chuck air on NBC from 8pm – 10pm.

What can I really say about Chuck? To me, it was great mixture of a show. You had some drama, some cool action, and some really geeky moments. But Chuck NEVER took itself seriously. At the heart of things, it really was an hour long comedy, that sprinkled in all the other elements of action and drama.

Five of my favorite show moments were:

The moment when Chuck went from “guy with information in his brain” to “guy that can kick major ass” was really a great season finale. That is one thing that Chuck always did well – they always had great season finales. I can only assume that the same will be said about the series finale.

Another thing that I love about Chuck is the “Chuck Villian.” A lot of the time they were the classic “I’m going to explain what I’m about to do and give you time to figure out a way to stop me” bad guys.

They had some great guest villians too. From Brandon Routh’s “Shaw” to Chevy Chase’s “Ted Roark” to my personal favorite – Timothy Dalton’s “Alexi Volkoff.”

I LOVE when I see Chuck or Sarah beating up a guy and another guy – holding a gun – is seemingly standing there waiting to be beat up next. Is it realistic? Hell now, but that’s not the point! This is not a show to be dissected and analyzed – it’s a show to be enjoyed.

And enjoy it we did – for five years

And don’t think having a former James Bond was just a coincidence of casting. The awesome guest stars on this show have been around for years – and you don’t have to look any further then Linda Hamilton and Scott Bakula as Chuck and Ellie’s parents.

To close out this post, I wanted to share a video from my friend’s house. This was shot during the second episode of season 4. For some reason (I have no real idea why) my friend’s son started dancing like a chicken whenever the Chuck theme song (by the great band Cake) would come on. If you think I love Chuck, you should see my friend – he’s the one with all the DVD’s and even got his youngest kind in on it.

The kid started dancing like this to make us laugh – and kept on doing it to keep us laughing every episode. Lately he tries to be a little “too cool” to do it, but I have been able to get it out of him from time to time.

And tonight – I’ll be sure to ask him to do his Chuck dance – one last time.

Goodbye Chuck. And thanks.