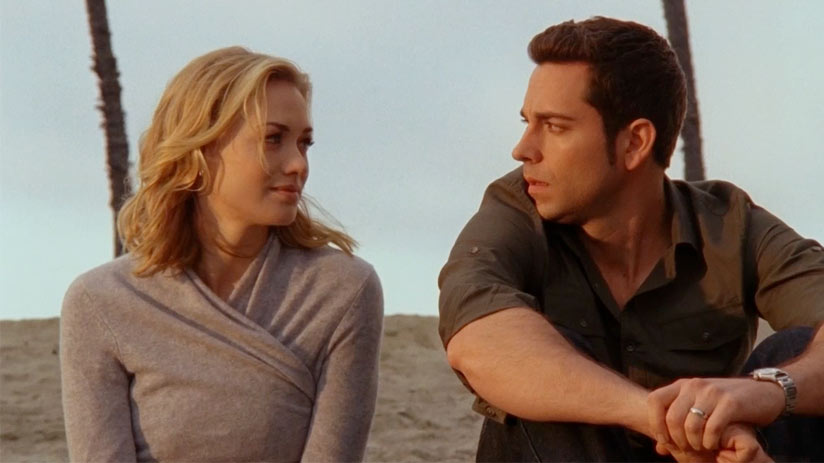 As I mentioned in an post earlier today, I went over to my friend’s house early to watch the first ever episode of Chuck. And boy and I glad that I did

Tonight’s final Chuck was really two episodes aired back-to-back and spliced together into one nice long finish. The first hour was really focused on the recent storyline where Sarah, after her brain gets fried by faulty Intersect use forgets who Chuck is and actually gets manipulated into thinking she needs to kill him.

That was all fine and well, and although I thought it was all going to be wrapped up in that first hour – it really wasn’t. It spilled over into the second hour (making it feel even more like one 2 hour episode – but trust me, it wasn’t) and was part of a bittersweet – and FANTASTIC – way for the show to go out.

I’m not sure that I would have picked up on things as much as I did if I hadn’t just watched the pilot episode, but there were so many great call backs in that last hour that it was like taking a walk down memory lane.

There were flashbacks and callbacks (Sarah fought a lot like Bryce in episode 1.01), mentions of Chuck’s dad, and Chevy Chase’s villainous character.

And Jeffster!!!!! Do I really need to say more than that? They’re music literally saved lives – and for it they’re going to be huge in Germany.

A classic ending for them.

And most importantly, Chuck saved the day – but in a bittersweet (my theme word for this episode) moment he chose to do so instead of possibly restoring Sarah’s memory.

He chose to do so by taking back the Intersect. On a show based on a regular guy getting a government supercomputer stuck in his brain, tonight was the only time in thirteen episodes that we got to see Chuck flash (not zoom) and save the day.

Oh – and the way he saved it – a direct call back to the first episode, saving the day with the same computer virus that he used to save the day back then.

And when all was said and done, Chuck met Sarah out on the very same beach she met Chuck on way back in the beginning. Back then she told him to trust her – this time it was him doing the asking.

Then there was that nice moment when Chuck basically told their story to Sarah to try to maybe job some memories back. It certainly sparked something with her….

I am a sucker for the perfect happy ending, and while this one did have A happy ending – it was not THE happy ending we were all hoping for – and that brings me back to my word of the day.

Chuck finally mentions to Sarah what Morgan suggested – Kiss her and maybe all her memories would come back (he’d been watching a lot of Disney movies). And after Chuck told their story to Sarah, and mentioned the idea of the kiss – Sarah asked for it.

And they kissed. And……

Did it work? Are her memories back? Do they start at page one again? Do they fall back in love again? These are the answers that we were not told and will never know.

And that  (say it with me) is bittersweet.