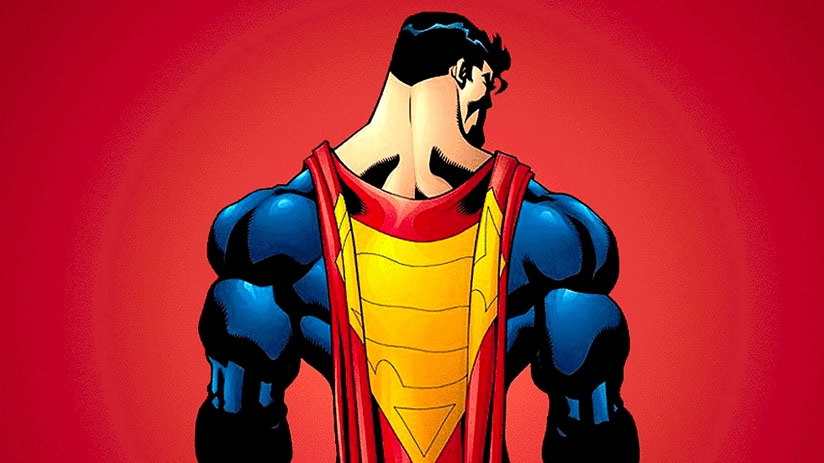 There, I said it.

I haven’t been a good blogger for quite some time now. I have this site and I don’t post to it nearly enough, but I hope to change that over the next few months – starting with today – and I figure why not have my first post in a while be about something I really care about.

I started to get the idea for this post a few months back when seeing a cousin of mine and, upon seeing a Superman shirt I was wearing (and the Superman background on my cell phone) asked, “What’s with the Superman stuff? Superman is lame.”

He said I should be into a cooler Superhero. After I beat the hell out of him (in my mind), I thought about it. And I basically said “Look, without Superman there wouldn’t be any other Superheroes.”

And I really feel that way.

I’ve heard people say the reasons why they don’t like Superman – and those seem to be some of the very same reasons why I love him.

Oh, Superman is so old fashion and boring.

I hear something like that and say Superman is classic. He’s Americana. When I think of Superman, I think of striving to be better. To do better.

Superman is ridiculous. He’s got too many powers, nobody can beat him.

I look at that differently too. We all know that Superman has one weakness – Kryptonite (okay Magic too) – and without it it’s going to be pretty tough to beat this guy, most of the time impossible.

I don’t look at it as, “Superman is going to win, what’s the point in caring.” I look at it like this – Superman can basically do whatever he wants whenever he wants.

Tomorrow (in comic book reality land) Superman could wake up and decide to be the king of the world. He could make us bow down to him and follow his every command.

Or – he could quietly rob any bank in the nation and live as rich as he wants.

What makes Superman different – what makes him so great is – he doesn’t do that.

Instead, with all the powers he has, he chooses to do good by people. He chooses to protect the world and every person on it. No fortune, no added fame, no real time off.

When he’s not being Superman, he’s being a reporter so he can be close to the news – and know where Superman is needed around the world.

Superman could be or do anything he wants, but it is the humanity instilled in this non-human by the parents that loved him and raised him that leads him not to conquer humankind, but to save it.

I am not ashamed to admit that my real appreciation for Superman came when I discovered (and fell in love with) Smallville. Okay, part of me feels “late to the game” or that I might be seen as a “fraud fanboy” for starting to love him this route – but really all Smallville did was awaken a love that I’ve had for the character since I was a boy.

Really, it was Christopher Reeve’s Superman (and John William’s score) that quietly started my love for the character. Smallville just brought it more to the forefront when they started to incorporate the score and some of the actors from those original movies.

When Superman Returns came out, I wasn’t in love with the movie – but two scenes gave me chills. The first was the opening sequence (again harkening back to Donner and Williams, and my childhood).

The second moment was when Superman saved the airplane in the middle of that stadium, and after a moment of recognition the crowd went insane.

Around the time I discovered Smallville (2005) I started to get more into comic books as well, and although I admit I haven’t been in love with monthly issues of Superman that follow specific storylines – I can read a million different interpretations of his origin story. That never gets old for me.

Right now, to quench the Superman thirst, I am reading his two monthly titles, along with the new Smallville comic book. I also plan on going back and reading “Red Son” (see, love me those different interpretations).

And I absolutely cannot wait for Snyder’s Man of Steel. I know it’s going to be the first movie not be part of that “Donner/Reeve” world – but I am looking forward to Superman getting some love that it deserves.

With all the Batman and Avengers love going on right now, I just hope that Man of Steel delivers something memorable and new – without abandoning what makes Superman classic (have you seen those Nic Cage photos).

And I love him.