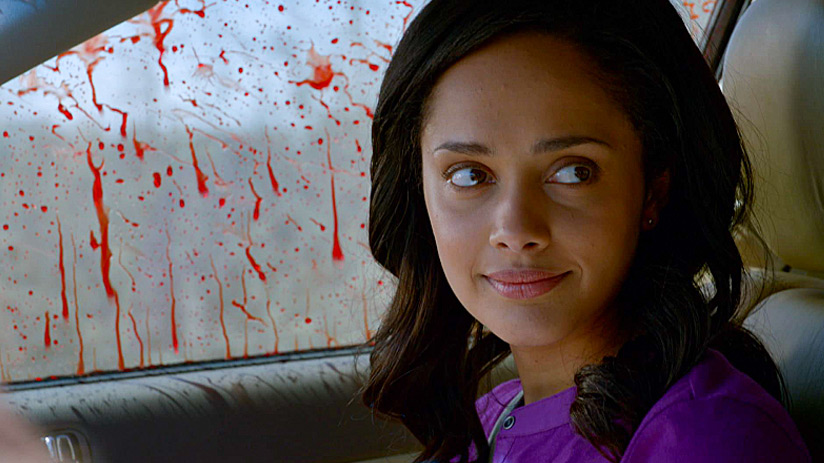 WARNING: I’ve already watched the first three episodes of this season of “Under The Dome” so if you don’t want to be spoiled, you should probably stop here – but thanks for stopping by.

I’m a glutton for punishment, which is why I am finished True Blood to the end, and will probably watch the Heroes resurrection until it re-dies.

When I start things, I usually (uuuusually) see them through to the end. Except Glee. I’m so glad I left Glee on the doorsteps of a local orhanage as somebody else’s problem.

This season of Under the Dome started off fairly promising. I enjoyed the dome being magnetized, and I was surprised when they killed off a couple major characters. And it seems like they killed them off to make room for new characters. One of these characters is mysterious in the way she appeared and who she is. One of these characters conveniently lived out in the woods and seemingly never came to town or interacted with anybody in anyway since the dome came down.

And one of these characters is high school science teacher Rebecca Pine.

I find her very annoying.

Not the actress per say, but how she is fitting into the story line. I’ve never read the book, but from what I can tell in the Wikipedia page for the book, she is a new character completely made up for the television show.

She’s a teacher that nobody ever mentioned and again never was a part of the first season. I get it. I know television shows have to add characters over time, but I think what I really dislike about her as a new character is that…remember, spoilers…

After a couple of weeks she’s already talking about thinning the heard.

Killing people to make sure there’s enough supplies for the rest of them.

After a couple of weeks. This person isn’t a whack job. She isn’t a military person or an officer of the law overstepping her call of duty.

She’s a frigging Science teacher who came out of nowhere and is now a major part of the story and wants to kill some old people.

I think that’s kind’ve a lame story line that seems way to unrealistic even in this fantasy world. If I were Big Jim, and a god damn teacher came up to me and told me her idea of killing off the old/weak, I’d be flipping out and put her behind bars as soon as possible.

I did have the brief thought of “What am I doing watching this?” and I’m probably going to be annoyed by her on a continual basis. Oh I won’t be watching it tonight, but eventually I’ll get to episode 4 of this season sometime during the week.

I just hope something happens that makes me feel better about watching it. Because right it’s just a…..meh…….

Are you out there? Do you watch? Agree? Disagree?

Dawn of the Planet of the Apes
Guardians of the Galaxy Was Friggin’ Awesome!
To Top