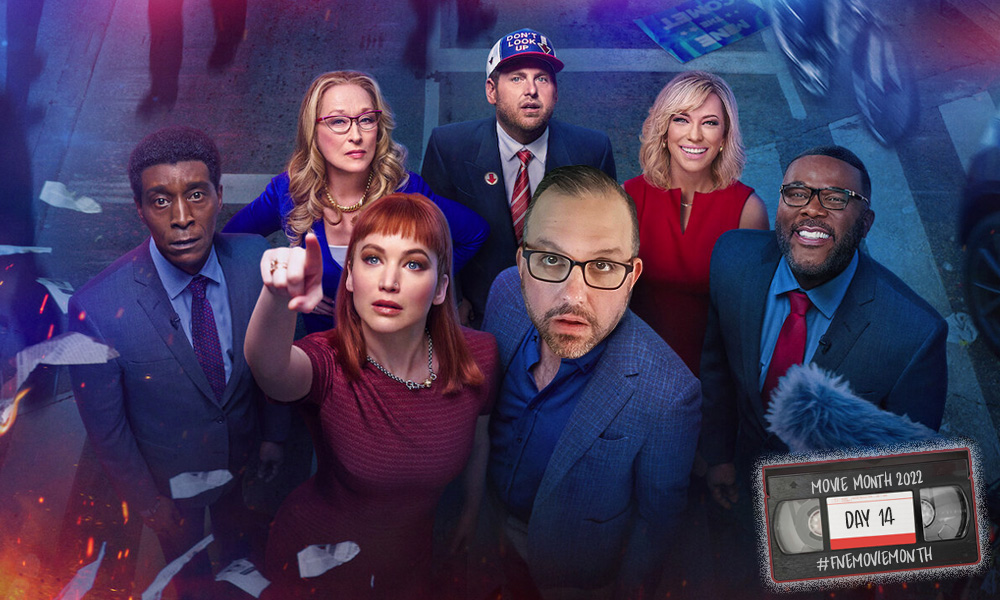 I must say – I thoroughly enjoyed today’s movie. I thought it made fun of how the world in this country is today, but also made me think – yeah there’s a good chance that’s how the world really would react.

What made this movie more fun is that part of it was filmed in Massachusetts at the beach I take my dog to in the Fall and Winter. I went down there when I knew they were filming, and although it was after the fact there were still some remnants of the production. There were these huge tents that I assume they used for the cast and crew, and then there some things I saw that made it on camera.

I this scene, where people are watching a rocket launch….Well that was all digitally added – but the countdown clock screen was very real…

And with all the reports and news vans there – you get a glimpse of one on camera.

That was one of three prop news vans I saw there that day.

Cast wise it looks like it was mostly extras – but maybe some of the actors who spoke were actually there, but it looked like a lot of work went into something that was only on screen for a couple minutes.

Makes you realize just how much goes into movies. And again this movie – I really liked….#JustLookUp