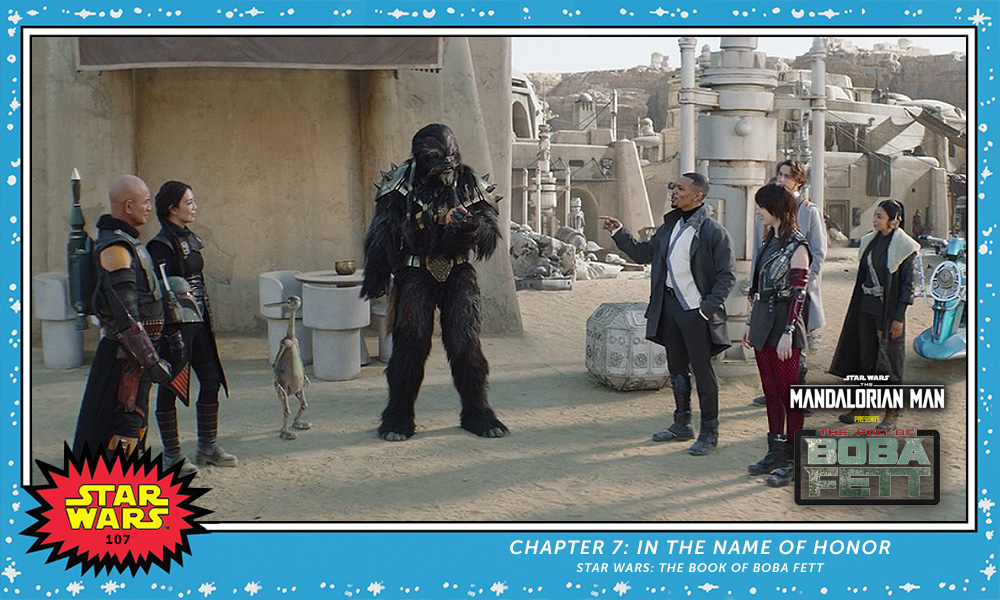 Mike is back to talk about the season finale of “The Book of Boba Fett” – Chapter 7: In the Name of Honor. In this final chapter in Boba Fett’s book (at least for now) we get some fighting and some familiar faces. While there weren’t any jaw-dropping reveals, I think it does a nice job of ending one story while setting some things up for the future of a few of our characters. And there are lasers.

Mike also makes an announcement about the future of this podcast (don’t worry kids, he’s not going anywhere).

This is goodbye for now, but Mike looks forward to talking to you again. Until then, May the Force be With You!

The Pod Of Boba Fett – Chapter 6: From the Desert Comes a Stranger
Obi-Pod Kenobi: Part I
To Top