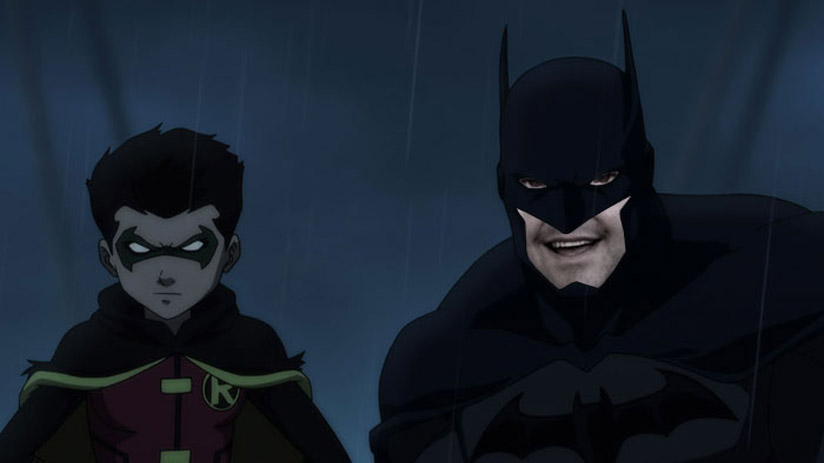 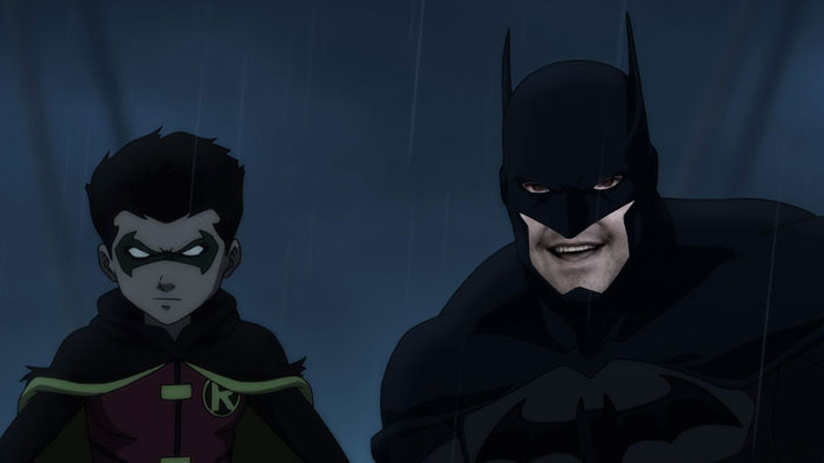 7 more days. 7 more movies. One final week and FNE Movie Month is in the books. Today’s movie is the newly released direct-to-video Son of Batman, part of the DC Animated Feature universe. Warner Bros. puts out a few of these every year, though they mostly seem like stand alone movies.

Where Marvel is currently winning hands-down in the live-action feature film world, DC I think is winning both in the direct-to-video animated world and in the live action television world.

Okay, I think Marvel would rather be winning where they are winning, but the point is that WB and DC do a nice job with these movies.

That animation is – okay. I know they have a limited budget for these movies that are strictly for home media, so some of the cheapness I see on the screen is understandable and quite acceptable. It doesn’t take you out of the movie, but you can tell the difference between this and a Disney 2D movie that was in the theaters.

While I was expecting that level of animation, what I wasn’t expecting was that level of violence. They showed a lot of killing and a lot of blood. With a PG-13 rating, this definitely is not a movie for the young ones.

Luckily I’m only young at heart…and mind….Probably more mind, I am sure my heart is more like a 75 year old man’s.

The basic story is…well…Batman has a son. He’s been brought up in a different world than him, and he takes him under his – cowl – and tries to teach him his own methods of living life.

Oh and the kid kicks some serious ass.

If you like these animated movies and you like Batman – and who doesn’t like Batman? –  and have a little time to kill, I’d say you may want to give this a rent on iTunes or Amazon…I’m at the tail end of my Amazon gift card that’s been fueling me. Once that runs out completely it may be whatever is on Netflix and HBO for the final days.

But not tomorrow – tomorrow night I should be off to the theaters.