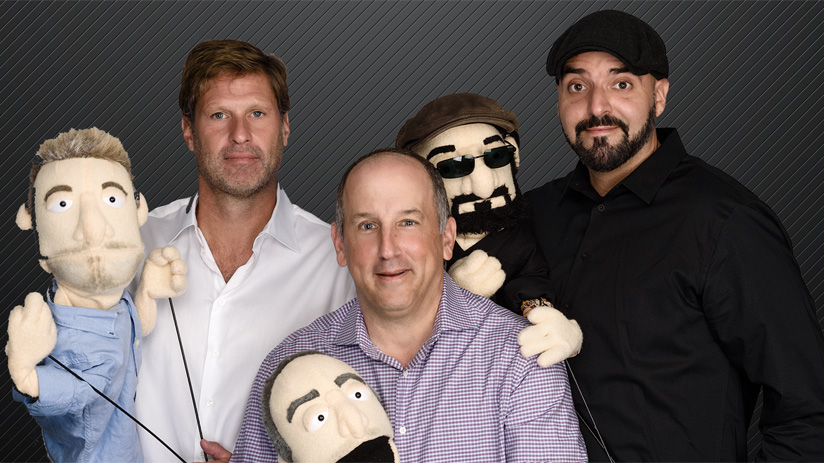 I am a Stern fan first – and always first. If there is a new Stern Show on, that is what I will listen to 100% of the time.

But after that show is done – and on the days it is not on – I still like to listen to talk. Currently, it is mostly podcasts, but there was a time when it was strictly sports radio.

Boston Sports Radio to be exact.

Somewhere along the way that changed for me. One thing that never changed – I have no interest in hearing about losses – specifically Patriots losses. If the Red Sox lose, or the Celtics or Bruins, there is generally another game the next night or two nights later. Losses happen. Losses are part of the season. With football and the Patriots, a loss is a bit of a bigger deal. There isn’t a game until the following week, and one loss can have a dramatic effect on the team’s standings and playoff positioning.

I realized after a loss, I’d rather just focus on Howard and non-sports related podcasts. I’d rather listen to stuff that made me happy. That’s more a me issue than a sports radio issue. If the team loses, of course they’re going to talk about it. I just don’t have to listen.

Over the last few years, I started to realize that I didn’t much like hearing most of the talk even after wins. It was always the same thing – either the Patriots lose and they aren’t as good as all those blind loyalist fans think they are – or they win, and obviously we overrated the opponents. It still doesn’t tell me much about this team!

I guess I am focusing most of my efforts and my disdain at the afternoon show on 98.5 The Sports Hub, Felger and Mazz.

There was a time where no lie – I listened to all four hours, every day, all week. I would download it as the podcast so I didn’t miss a moment. I remember loving the show back in 2011 when the Bruins made their Cup run. I remember still enjoying it during the ’13 failed Cup run, but started falling off in the Fall of 2013 when the Red Sox won the World Series. I just remember the Sox being super successful for most of the season and yet I’d go to listen to the radio and they’d focus on something negative, or try to prove a point that it isn’t as good as we all think it is.

They won the World Series, right?

Then in 2014, the show died for me. It was around the Brady Deflategate joke that Science and level headed people convinced me that it was all complete nonsense. But not Felgy and Mazz! Obviously they sided against the Patriots. It’s not their job to side with the Pats, I understand that – but it was then I was asking myself, why am I listening to this? It makes me feel bad.

The two weeks leading up to a Super Bowl are awesome as a fan of the team going in the game. We are there right now! Right in the middle of it! I should be ingesting every bit of sports content I can possibly get my hands on – and I am trying. But it turns out I am just not a fan of most of these hosts.

Felger and Mazz were focused on the Patriots luck, and the coin toss, and the offsides play that was in fact an offsides play, but I guess Andy Reid thinks it’s not fair to be offsides? Then I hear Mazz say this is his 3rd favorite Patriots team of all time.

Really? This is your 3rd favorite Patriots team? They same team where you call Kyle Van Noy a punk and then take credit for him playing better?

A friend of mine over the weekend (there are a few who love listening to Felger/Mazz – one of which said he couldn’t wait to listen last year after the Super Bowl loss) said “It’s just entertainment” and I get it – it is. For some. I just like my entertainment to entertain me. Is that too much to ask?

And it’s not just Felger, Mazz, and the guy who wears sunglasses inside.

The midday guys on that station? Zolak and Bertrand? At least I think they prefer Patriots winning (and not just because they work for them on Sundays). Where they steer me wrong is when they try to be funny. It doesn’t work for me. But if I had to listen to one show on that station – it’s theirs.

The morning show? Toucher and Rich? To me that’s zany Morning Zoo nonsense and it does nothing for me.

And Adam Jones at night? Ha, not even worth mentioning.

Then there’s the other station.

I’ll work my way backwards. The afternoon show, Ordway, Faurier and Merloni. Probably the best show on the station – NOW – but it’s pretty much basic sports talk. It’s okay. It’s light years more listenable then Felger and Mazz. If I’m in the car and want to hear afternoon talk, I will choose them.

But I usually listen to music.

The midday show bores me. I used to like Dale, but he’s worn on me over the years. Keefe is also there. They used to be the afternoon show. Now they’re in middays. You do the math.

Then there is the morning show. This was my saving grace. Where Howard Stern made me realize how bad most radio was, Kirk Minihane made me realize how terrible most sports radio was. Sure he was basically doing an updated version of old Howard. And sure he and his elderly co-host Gerry Callahan would make fun of Stern – a show they obviously listen to every day – but more often than not Kirk did whatever was interesting. He’d be funny, he’d be a prick, he’d talk about sports IF it was interesting, and he’d yell at callers, his competitors, and his colleagues.

Sometimes it was tiring. But it was never boring.

So they got rid of him.

Now it’s generic sports radio mixed in with Gerry and his new co-host Mut, kissing Trump’s ass and trying to convince me that anyone who didn’t think that way was a “moonbat liberal” – which I still don’t know what that means. I just know that if Gerry Callahan feels one way about something, it’s a safe bet to think the other way. Not all the time, but maybe 98.5% of the time?

So now I’m back to just Stern, podcasts, and some occasional SiriusXM shows. I hope that Minihane’s Radio.com show will be successful, because it will be fun to listen it when I’m not listening to Howard.

Nothing makes me laugh like the Howard Stern Show. Nothing ever will. Sorry if I want to laugh and enjoy myself.

Okay Patriots Fans – Time To Focus ONLY On Football!
To Top