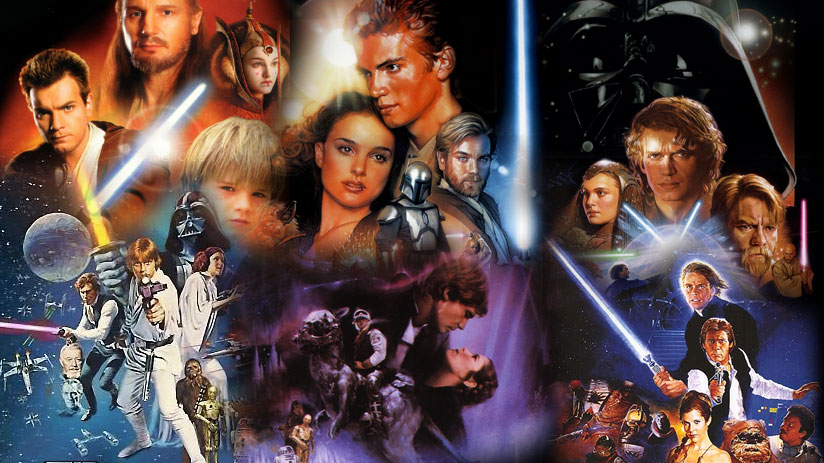 Last week I loved seeing all the Comic-Con news coming out for all the movies and TV shows that are in our near future. For me, the one I am most excited for is Batman v Superman: Dawn of Justice – but that is still 8 months away. Probably neck-and-neck with BvS is The Force Awakens. And width only five months between me and that movie, well that one is where my geek focus is going more towards.

I am not a super Star Wars fanatic. I love Star Wars. Love all three original movies. I saw Jedi with my dad and brother in the theaters. Grew up loving them as a part of my childhood. I remember seeing the first Star Wars book come out, part of the expanded universe. I started reading it – but never finished it. I had a Star Wars game for Sega CD. Remember Sega CD? Yeah it wasn’t very good.

An the game was pretty terrible too.

Still, when the game opens with the classic John Williams score – it was worth the crappy game. I hooked up my Genesis powered CD system to a stereo just to hear it louder. Game still sucked.

So I grew up a big Star Wars fan. Loved seeing the original movies in the theater when they were re-released (though I think I missed Jedi) and was excited as anybody to see that they were making more movies.

And then I saw those movies.

And they were never more than just “ok” to me. People want to say they sucked, and maybe they did. I honestly don’t remember. I’ve only seen each of them one time.

There are people out there who swear by these movies – those are the people I consider Star Wars fanatics. They go to “Star Wars Celebration” each year, they read all the books, they know all the characters (I’m not even talking secondary characters here), they watch the cartoons (okay, I do want to go back and do that someday), and Star Wars is the biggest thing in fandom to them.

Like I said, I love Star Wars as much as any other geeky-to-slightly-geeky guy in his 30s or 40s might. But I can’t claim to be a super-duper-super fan.

If I was, maybe I’d be able to tell you more about the prequel trilogy, but I can’t – because I’ve only seen each of these movies once.

I am so very psyched for The Force Awakens that I decided it makes sense to go back and watch all six movies again. If I had it my way, I’d start this six days before Episode 7 is released. One movie each day (you know I can do it). But instead of doing this alone, I thought this would be a fun thing to do with my friend and his son. I brought it up to him and he immediately said – one a month leading up to December.

So that’s what we’re doing. One movie each month for six months. Well, technically two in December. 🙂

The next question is – what order do you watch these movies in?

My original thinking was, for his son’s sake, to start with the original trilogy and end with the prequels – just how they were released to the world. This way, the big moment in Empire won’t be as expected.

The thing is, I’m not sure the kid is even all that excited to watch these movies. It’s his dad and me that are really the ones looking forward to it. And, these kids with all their lego games – hell, they already know who is who’s dad.

And to be perfectly selfish and honest, what would you rather end with?

That is why starting tonight with The Phantom Menace, we are going to watch these in chronological order, episode 1 to episode 6.

That way our lasting images of Star Wars will be with Luke, Leia, and Han. The way it’s supposed to be!

I’ll be tweeting about it and adding posts here. Follow along at @geekmentality starting tonight. I’ll be using the hashtag #FNEstarwars.

May the Force Be With You.

Star Wars: The Force Awakens Teaser Trailer #2
I Went To Watch The Phantom Menace and a Nerf Gun Battle Broke Out
To Top