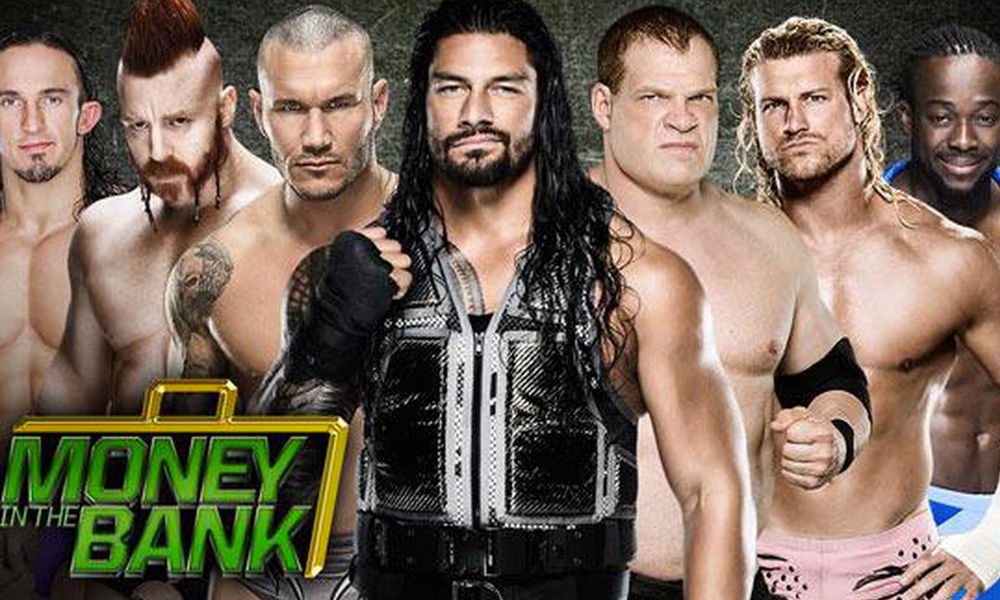 Before the WWE produced a Pay-Per-View (or whatever we call them now) every month, there was the original “Big Four” PPV’s: Survivor Series, Summerslam, Royal Rumble, and the granddaddy of them all, WrestleMania.

Now, with a show every month, many of them are basically the same, but the “Big Four” were still where you may see something special. I think now, however, the Money in The Bank – which we’re about an hour away from – has surpassed Survivor Series as one of the best shows of the year.

And what do The Fans think will happen tonight?

note: the order of the picks are based on the order the matches were listed on wikipedia – though Brandon wishes that the Divas match was the main event.

If any of these are different from my picks on WrestleFania, it’s only because I’m a fraud….

Will we see any shenanigans? Will we see a cash in later in the night? How will they pay tribute to Dusty? We’ll find out all this and more – starting in about an hour! Enjoy the show!!!