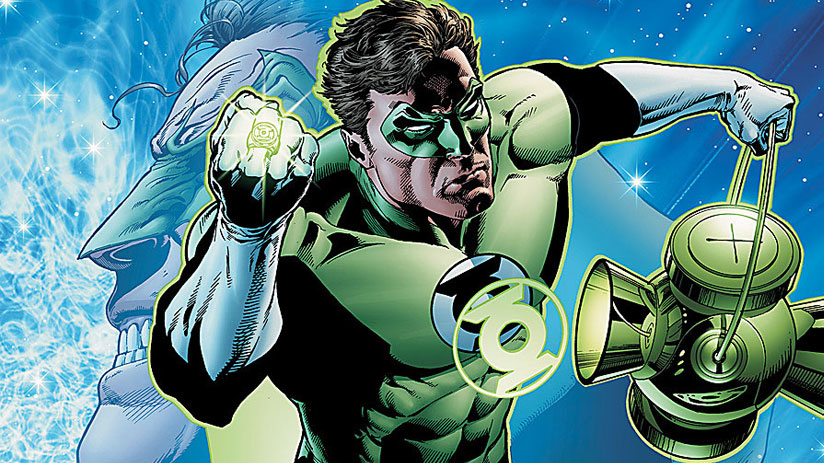 For a while now I’ve wanted to get into Green Lantern, but the problem with these long running series is that there is such a rich history in the mythos and in the characters so it’s hard to find a place to start.

I picked up Green Lantern #1 and #2 and my local comic shop, Chris’ Cards & Comics, but I realized that there had to be something before that – and I was told by the store employee that Green Lantern: Rebirth

is a good place to start and get you ready for the story going forward.

So, I put the other two issues I had into a drawer and waited a week while Rebirth was being brought in from their other store. I read the entire thing this weekend – and although I thought it was really good and got me excited to read the series, I’m not going to lie – I was a fair bit lost during some of it.

You have to understand that I am a real newbie when it comes to comics. Sure I’ve read comic books for years, but it wasn’t until this past year that I’ve taken my comic book reading “more seriously” – if in fact that is at all possible.

I’ve read a bunch of series that have started more recently where I can start at issue #1 and it really is the true beginning of a story.

All of this happened before Rebirth, and I was doing my best from what little I knew about the character to piece together what happened to Hal Jordan’s Green Lantern in the past that lead to his demise and ultimate return.

And a lot went over my head.

BUT – I thought that Geoff Johns, the man who had the ambition to restore Hal Jordan as a hero, did a fantastic job of writing, and even with my naivete to a lot of what was going on, I still got enough to realize just how huge a deal this was in the comic book world.

That, along with the great art by Ethan Van Sciver, has allowed me to enter the world of a character that I’ve been fascinated with for a while now. And, while I’ll never understand everything that is going on, and I’ll always have questions – and holes in my knowledge of the mythos – I am really happy to finally have some understanding of why Green Lantern is so great.

And I look forward to devouring every issue of this latest volume, and I better hurry up – I have years of comics to catch up on!