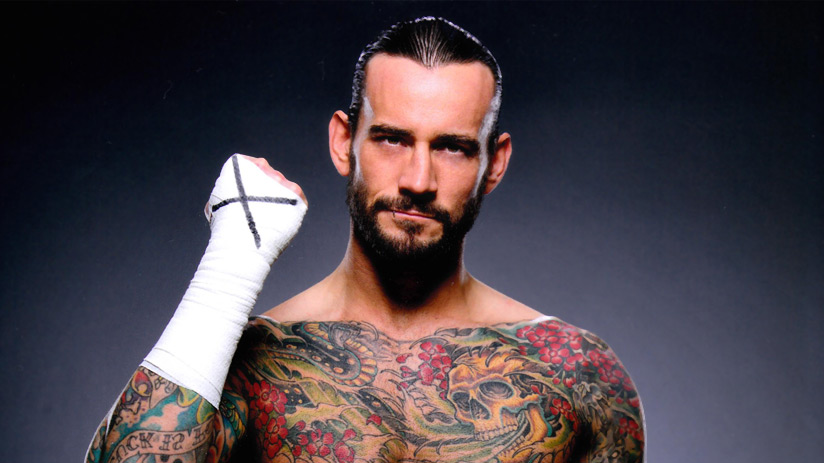 I’ve been an on-again-off-again wrestling fan for most of my life. Big fan as a kid. Lost interest in high school. Found interest again during the Attitude Era and my last year in college. Stopped watching regularly in the early 2000s – even though I’d still check out Wrestlemania every year. It wasn’t until 2011 when I found a link to this video on Barstool Sports.

I didn’t even realize that I knew who this guy was and I’ve seen him wrestle during a few Wrestlemanias. To me he was new, he was different, and he made me want to tune in Monday Night Raw. So I did, and I haven’t stopped watching since. So much so, that I tweet RAW live every Monday Night.

I credit CM Punk 100% for getting me back into WWE and professional wrestling as a whole and though I do still watch, it just hasn’t been as good without him there. I still like it. I still has great moments. But it’s a simple fact that I miss CM Punk in the WWE.

Last week, The Art of Wrestling, a podcast hosted by Indy wrestler Colt Cabana, answered most of those questions of why the former WWE Champ left the company when Punk, and close friend to Cabana, was a guest on the show.

That episode lead to Punk returning this week for another episode. Both of these were great listens and gave me a different perspective of why Punk left WWE and why he was probably not coming back.

Then last night this happened.

Seemingly out of nowhere – though was it really? – CM Punk signs a multi-fight deal with the UFC.

The timing on this worked out perfectly for CM Punk.

This is all within a 2-week span (except for the merchandising deal). Punk speaks. Punk gets in the public eye (not counting Talking Dead). Punk shocks the world and signs with UFC.

I’ve never really been a UFC fan. Why is that? Do I only like fake fighting and can’t get into the real thing? I did watch on UFC PPV once – and of course it was the debut of Brock Lesnar….

So now, all of a sudden, I am interested in UFC again. As a whole do I care? No not really, but in relation to CM Punk do I care? You bet your ass I do. I’m interested to see if he can really fight. Will he kick ass? Will he get his ass kicked?

Will he attempt a figure-four?

Whatever it is, it gets me talking and tweeting about UFC – something I’d never do. Now I’m doing it.

I got back into wrestling.

I’m going to watch a UFC PPV somewhere in the future.

UFC hopes to prove the WWE wrong. CM Punk is not just a cog. He’s a draw.