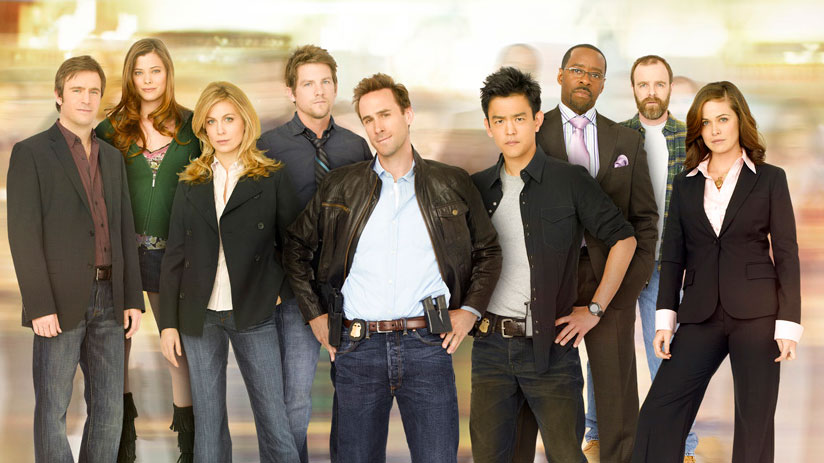 I have to be honest. If you told me in March that one of ABC’s new dramas was coming back for a second season and one would be cancelled – and you gave me FlashForward and V as my options – I would have chosen wrong. I’m sure many of us would.

But, as I sit here almost a month after it’s final episode aired, FlashForward is no longer with us. My thinking is – do you think it even deserved a second chance?

If I were to compare it to a lot of other shows out there, I would definitely say yes. There is so much crap out there, that a show that is at least trying to make us think and trying to be smart and clever deserves a longer tenure than another reality waste of time.

It’s really a mixed bag. I did enjoy this show and I would have kept watching it – but I wasn’t in love with it and I’m not all that broken up about it being canceled.

Let’s face it – it was a great concept with a lot of flaws.

The first flaw is in the cast. I’m sorry but Joseph Fiennes was not very good in the show’s most important role. It was as if sometimes you could see him trying too hard to speak in an American accent – and no matter how little his emotional pendulum swung, he seemed to always have the same look in his eyes – and it was lost on me.

The rest of the cast was just “okay” – but there was no one really for me to latch onto and make my own. I hate to keep bringing up Lost – but that show had characters that you LOVED. So do my other favorites like Chuck or Smallville or Fringe, Supernatural, Sons of Anarchy, True Blood – I could go on – but you get my point.

This show just didn’t connect with me like many of my other favorites, and that disconnect is probably why it took my so long to finish this show. I wasn’t in a rush to get to the next episode.

Now on to the show itself. The story of a world where everyone blacks out and sees the future. Great concept – but the execution of that concept is where I had another problem. Where some shows make you wait years for answers, this show gave just about all of the answers right to you. There was no mystery left. Was it aliens? God? Natural disaster? Nope – just a bunch of scientists.

From what I understand, there were FlashForward tests being held for a while, using test subjects to jump into multiple variations of our future. That I liked. I understood that they could use these controlled test subjects to gather information about the future to use – for good or bad it didn’t matter – that information could bring with it great power.

But what was the point of a global blackout and why did there have to be another one? To be honest I never asked myself that question until now – but really I’m not sure what the point of blacking EVERYONE out was. Just to say they could do it?

In the end, they only jumped six months into the future, so we were all going to see if their visions of the future came true. The biggest mystery of the show and we were going to see the payoff in the final episode.

Okay? So, then what would the point of season 2 be? Another FlashForward and more of the same? I think that is where the show was flawed. It couldn’t jump too far into the future, because it may never reach that future – and the short look ahead meant that we’d have to have another FlashForward to create another set of stories for season 2.

And that’s exactly what happened.

I must admit that the actual blackout moment at the end of the finale was done really well, and they did leave us with some mysteries because we saw multiple points in a future, including years ahead with an older Charlie saying “They’ve found him” – which we could assume is a reference to her father, Mark – whose fate was left uncertain in the final moments.

I guess things like The VP’s vision of being the President or what the importance of Jericho was are things that either were forgotten or would have been addressed in a second season.

A season that will never be.

To take a line from this show, the plot had “more holes than a kitchen sponge.”

And still I would have been back for a second season. Of course this is a guy that hated and yet watched Heroes until it’s final fizzle.

So I’m obviously a glutton for punishment.

“Superman: Red Son” Book Report
Brought to you by the letter “V”
To Top