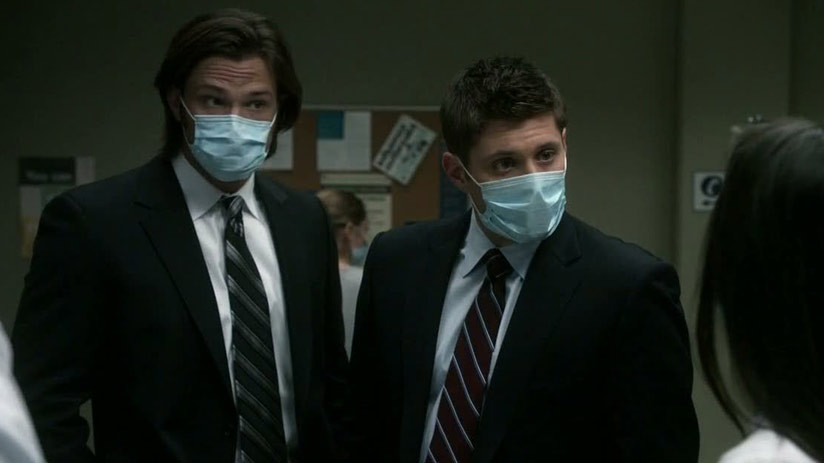 I wanted to talk a little about this episode before the we get to Thursday and the next one airs.

I am not usually a fan of bringing in a new character that is from a main character’s past and have it revealed that they played an integral role in the overall storyline of things. That being said – Supernatural deals with monsters, demons, and more recently, angels.

Thee fight between angels and demons have been going on since the beginning of time. Itt makes perfect sense that when the demons and angels have always known that the Winchester boys were the chosen ones to, well, be meat suits, they would work to try to push them to their destiny – because every demon wants Lucifer to rise and possess Sam.

Well, every demon except Crowley. He seems to believe that Lucifer will have no use for demons like him and they will all be crushed in his wake. Crowley is happy enough with the way things are and will stop at nothing to avoid the Apocalypse.

I thought that Eric Johnson did a good job as Brady. For those of you who don’t know, Eric played Whitey Fordman on the first season of Smallville and the title role of the 2007 Sci-Fi show Flash Gordon.

I’m interested in what Bobby’s decision will be as far as trading his soul to Crowley in order to learn the location of “Death.” Crowley did say he’d give it right back, right? I seem to remember that the soul selling thing was a formality that needed to happen, but really can you trust a demon?

Fringe : “Brown Betty” Thoughts
Why I Like Chuck
To Top