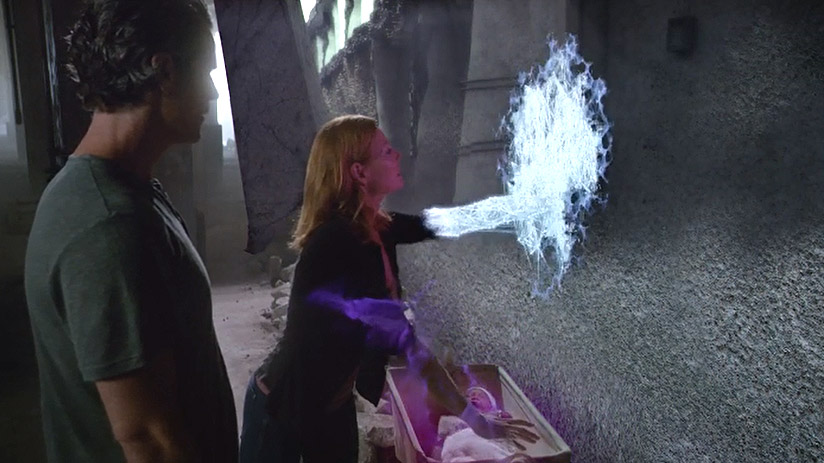 I have nobody to blame but myself. I already watch too many television shows, and even with that fact, it takes a lot for me to give up on a show. So I have no real explanation why I watched Under The Dome all the way to the end. I came close to giving up on the show last year – but ended up sticking with it.

If you follow me on twitter, you’d see that I’ve been tweeting about this show for over two years, and the tweets, while starting out positive, gradually turned negative, and eventually to almost hateful.

Congratulations to @CBS for bringing us some of the worst television I have ever seen. #UnderTheDome.

So why watch it? It helped the fact that it’s on in the summer, there were only 13 episodes, and the biggest help was that I watch it on my train ride to Boston and can speed up the video – this show is not worth watching on normal speed. In a weird way, I almost enjoyed hate watching it. I think I would watch it and think to myself, “It can’t get worse can it?” And every time, it surprises me with how absolutely awful it was.

I’m rooting for the dome. #UnderTheDome

The show started out with such promise. Based on a Stephen King book and developed by comic/TV writer Brian K. Vaughan, both of whom I’m big fans of, I was excited to watch a small town deal with the aftermath of a mysterious dome coming down over them and trapping them in.

Then I see a photo like this and it melts my heart. I had to watch this show.

The first season was enjoyable with actor and characters I liked, and some interesting twists and turns.

The second season the show started to weigh on me.

This final season lost me all together.

I honestly can’t remember the details of the second season enough to tell you why it was weighing on me – but it was. It ended with most of the town trying to escape the dome. The third season showing that it looks like they did escape the dome and were living a new life.

Nope, they were actually trapped in some Matrix-like cocoon and living a joined fantasy reality.

Going totally on memory, and the amount of attention I was paying – let me see if I get this right. There were two women searching for a mysterious egg in Chester’s Mill. When they touched it, they actually caused the dome to come down, and they transformed into alien beings. I think they people were trapped in the cocoon so they could fuel the dome maybe? Or they were there to be like a hive to the queen (alien) and bring along the birth of a baby (the new queen) that would grow up in 9 minutes and be played by the same alien woman that played the mother. And – well, look at that photo at the top of the page. LOOK AT IT!

Marg Helgenberger CSI is sucking the power out of the dome and using it to protect the alien/human new queen.

WHAT IN THE HELL IS GOING ON HERE?

Yeah, I need to stop now – I can’t go on thinking about this terrible show.

Every character they added. Every twist they threw in. Every decision they made for this show on this season was terrible, Terrible, TERRIBLE!

This was going to be another show that I was ready to give up on. Finish out the horrible season (because I must hate myself) and move on. Cut ties.

Thankfully, the wonderful people at CBS took that decision out of my hands and saved planet Earth one more moment from watching this garbage.

The Interview : #FNEmoviemonth (29 of 30)
Can Fuller House Possibly Be Any Good?
To Top