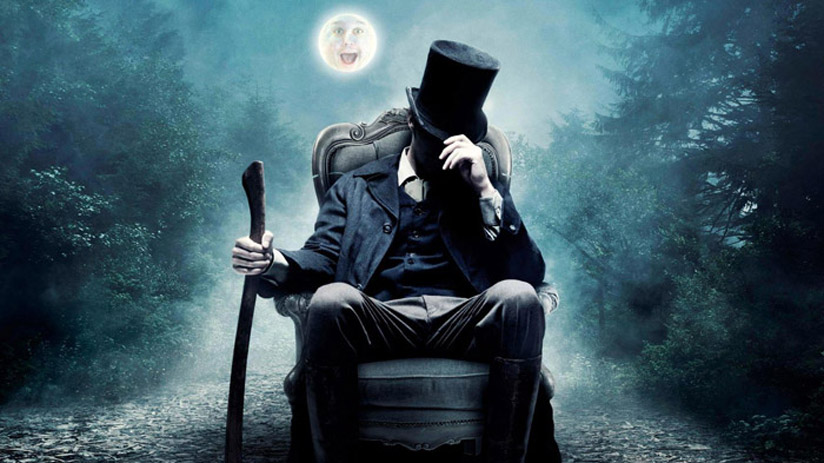 It’s over. I can’t believe it.

FNE Movie Month is over. This is one of the first blog projects that I set out to do and actually achieved…And now it’s done.

And it ended with 2012’s Abraham Lincoln: Vampire Hunter. A great great great…book. The movie, was just all right.

That’s just it. The book – the entire concept – is ridiculous, but the way the book was written, the way author Seth Grahame-Smith took the silly concept so seriously, made for such an enjoyable read.

I’m talking way too much about the book.

While I loved the book, I only somewhat enjoyed the movie. The write of the book actually did write the screenplay for the movie adaption, but in doing so he had to “movie” it up a bit – adding action and nemeses that weren’t in the original first-person journal themed book.

I wasn’t a huge fan of the overly-stylized fighting/action either. I am sure it looked nice on 3D, but seemed like too much for my liking.

However, there were still parts in the movie that made me smile, and I thought Benjamin Walker as the titular character, having never heard of him before, did a pretty good job. I just assumed he was British in real life. Not sure why I did. He isn’t.

Overall, the movie wasn’t everything I was hoping it would be when I first heard the book was being adapted, but I am glad that I finally saw it.

And, in seeing it – I officially close out the first ever FNE Movie Month.

Well, more with the blogging – the movies, I can always catch next June, right?

I’m not sure how many – if any – people read these posts or came to the site. My wife knew I was doing this. My brother, and one of my cousins. Other than that I’ve just been going along watching dozens of hours of movies on my phone, laptop, iPad, TV – and in the theaters.

I did this mostly for me – just to see if I could stick to it. There were a few close moments as far as getting the posts up for the day, but I am proud to say I did it. 30 posts for 30 movies in 30 days.