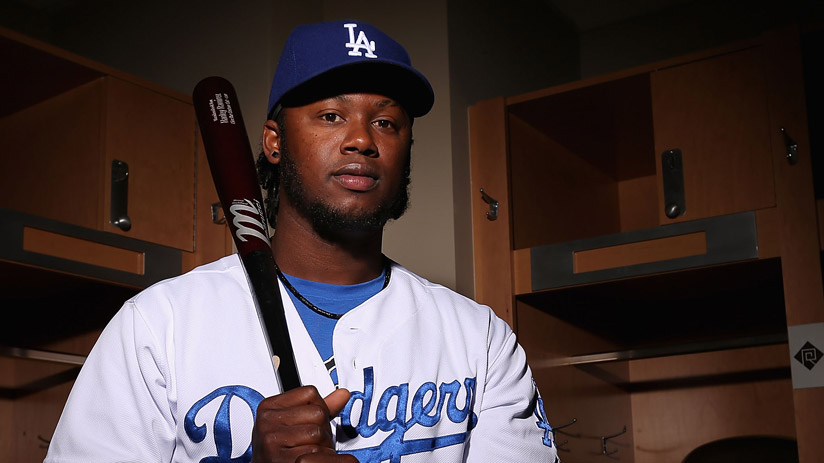 Let’s get this out of the way. When he is healthy and he has his head on straight, Hanley Ramirez is an elite level talent. From 2006-2010, he was a fantasy baseball players dream. He has power, speed, and an excellent eye at that plate. He literally gave Bill James a statistical erection. The Red Sox getting Ramirez for 4 years and $88 million is a great deal right? Not so fast, Hanley Ramirez comes with a bit of baggage in the form a reputation for being a bit of a dog.

The Marlins benched Ramirez on numerous occasions for lack of hustle both in the field and on the bases. He got into arguments with his manager Fredi Gonzalez and had run-ins with the front office numerous times. The Red Sox had issues and fears of Ramirez when he was their top prospect as far back as 2004. In Spring Training 2005, the front office wanted to keep a young Hanley Ramirez as far away from Manny Ramirez as possible – great idea by the way. The Red Sox fear was the kid already had a bit of a reputation as a head case, and did not need Manny’s influence.

Everyone wants Jon Lester back right? Jon Lester was quoted as saying “he will never share a pizza together“, and does not have fond memories of their time together in the low minor leagues of the Red Sox system.

The Dodgers you ask? His numbers were okay, even with being in a “pitcher’s park.” The Dodgers only issue during Ramirez’s time in L.A. was his desire (or lack thereof) to return from injuries during the 2013 Season. Sox fans call that J.D. Drew Syndrome…And the Dodgers had bigger problems to deal with in Yasiel Puig.

Get ready for the sell job from the Red Sox Public Relations machine. Mainly that they will sell you that David Ortiz will be an excellent influence on Hanley Ramirez, and he has changed since he was a young man. Hopefully for the Red Sox sake, at 31 years old, Hanley Ramirez has matured and that he will re-discover some power, and some speed.

$88 million is a lot of money to be betting though.

Is Jon Lester Going Back to the Red Sox?
It’s The Game of the Year of the Week!
To Top