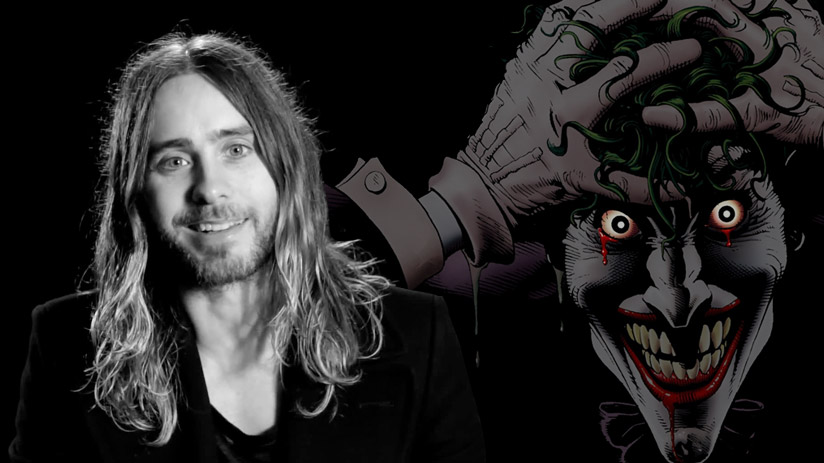 “Probably the worst casting of all time.”

“This is totally bull. I do not at all like this choice.”

If you’re wondering, these are the reactions to when Heath Ledger cast as the Joker in “The Dark Knight” – a role that would lead to him posthumously winning the Academy Award for best supporting actor.

Today it was confirmed that Warner Bros. is making a big screen version of DC Comics’ Suicide Squad. The film will star Will Smith as Deadshot, Tom Hardy as Rick Flag Margo Robbie as Harley Quinn, and Jared Leto as The Joker.

Hearing all the casting news is great. Technically now Will Smith and his wife are now part of the DC Universe. Tom Hardy will be able to be in a DC Movie without covering his face, and Batman:The Animated Series has a character that originated with that show joining the DC Film family in Harley Quinn.

In other words – give the guy a chance. We know the guy can act. We know he’s a little out there too. Really, what more do you need?

It will be hard not to compare him to other Jokers, but I hope he takes his own little spin on the iconic character and makes it his own. This is a new DCU, not tied to anything before it. There’s a new Batman – and there’s a new Joker. And if Warner Bros. puts out quality movies, there’s probably a good chance we’ll see those two cross paths again….

No not those two. Sorry, wrong Batman.

A Closer Look at The “Star Wars: The Force Awakens” Teaser Trailer
Goodbye Sons of Anarchy. R.I.P. SAMCRO.
To Top